In September this year, the traditional International Symposium of Theatre Critics and Scholars, organized by Sterijino pozorje festival, in collaboration with the IATC, was held in Novi Sad (Serbia). This triennial manifestation, the oldest conference in the world that has been regularly organized under the IATC umbrella, celebrated this year an important jubilee, its fifteenth edition. A better visibility in the year of its jubilee was one of the reasons why the organizers decided to hold the symposium, for the first time in its half-century long history, not during the Sterijino pozorje festival itself (which is in May), but in September, and to link it with the international theatre festival in Belgrade, Bitef.

When the symposium in Novi Sad finished, its participants moved to Belgrade to attend, for two more days, the programme of Bitef and to participate in a round table discussion dedicated to the position and role of critics at the international performing arts festivals. A collaboration between two major Serbian festivals, the national one (Sterijino pozorje) and the international one (Bitef), wasn’t the only collaboration upon which this edition of the Symposium was based. The other collaboration was the one between IATC and IFTR (International Federation for Theatre Research): the call for papers was announced on the web site of IFTR as well, some participants were members not of IATC but of IFTR, the keynote speaker was Professor Dr Christopher Balme from the Ludwig Maximilians University in Munich (Germany), a former president of ITFR.

The topic of the symposium, which was conceived and chaired by myself, was: The Critic is Present or: Towards the Embodied Criticism. The main theoretical context for this topic emerges from some contemporary streams of theatre and performance studies–the works of Erika Fischer-Lichte, among others—where performance is not seen as a piece made on/for the stage but as an “event.” A performance emerges not on the stage but “in between” stage and auditorium, as a result of the constant bodily, energetic, emotional, intellectual and spiritual exchange between spectators and performers. A theatrical event is transient, fluid, changeable and susceptible to all physical and other sensations. It vanishes as soon as the time of performance is over, leaving only material traces of its already past existence. Seen in this theoretical perspective, a spectator is not a recipient of the performance any more, but its co-author.

What about the critic? Is his/her position changed in this perspective as well? If a critic is supposed, like any other spectator, to experience a unique event rather than to understand (read, interpret) an elaborated net of stage signs, then this position influences the main task of theatre criticism. Its task is now less an interpretation and evaluation of a theatre piece and more a description and testimony of the experience in a particular event.

The experience of the critic’s bodily co-presence is not only a material for further description, elaboration and analysis in criticism; it could be the very means or medium of criticism. In other words, we can expand the notion of the critic’s bodily co-presence to the critical practice itself; concretely, to oral criticism. Although the first impression is that oral criticism is a random, improvised and spontaneous practice, it can be shaped as well; shaped in a form of public discussion just after the performance. That is how criticism literally becomes an embodied performing practice.

Is this an advantage or disadvantage in comparison to traditional criticism? In responding, publicly, to theatrical events, one does not have time to rethink and correct one’s analysis, as one does in the process of writing; the direct emotional reaction is obviously more visible, and the analysis and evaluation does not imply a position of security and authority. Anybody can immediately interrupt him/her or reply to his/her arguments. Does this make the critic vulnerable? Does this, on the contrary, provide him/her a possibility to exert a much stronger influence and impact on his/her listeners? Can this become a sustainable alternative way of practicing theatre criticism in societies where criticism is suppressed by media market laws or other different kinds of censorship?

Some twenty participants from twelve countries (Germany, Great Britain, India, Iran, Italy, Kazakhstan, Portugal, Slovenia, Serbia, Sweden, Turkey and the USA) tried to answer in their papers these and other related questions. We are offering here a small choice of the culturally and thematically diverse contributions to the topic.

In his keynote speech, Christopher Balme (Germany) discusses, by way of three productions from German and Italian drama and opera, the embodied practice of the critic from a particular vantage point, which he defines as an ethical question: how should the critic position him or herself when confronted by highly transgressive performances that demand a response beyond an aesthetic judgement? What is his or her position when confronted with blasphemy or racism or even extreme violence?

Margareta Sörenson (Sweden) examines the dilemmas that are imposed upon a critic of a major daily newspaper when he or she is facing radical performing practices, such as a dance piece in which spectators, critics included, are invited to dance with performers, or a piece for babies who are, naturally, accompanied by adults, some of them critics. As she explains, it is simply impossible in such situations for the critic to maintain a position as an expert who does not participate on the same terms as the rest of the audience.

Based upon his experience of a Portuguese performance, The Living Museum of Small, Forgotten and Unwanted Memories – on dictatorship, revolution, and the revolutionary process, Rui Pina Coelho (Portugal) develops a theoretically grounded thesis that the critic is not distanced from his artistic object and that criticism always carries the political, generational and subjectively personal signature of its author. Coelho argues that, as a critic, he had no option but to be partial, political and passionate about this particular performance which aims to maintain the memory of the anti-fascist Carnation Revolution from the year 1974.

Irina Antonova (Kazakhstan) argues that a critic who examines a performance from the past, of which he or she couldn’t have any personal/bodily experience, could also develop—through a profound examination of the inevitably fragmented material sources–a very subjective point of view. 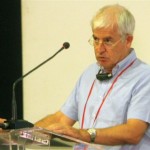 In Extremis: Theatre Criticism, Ethics and the Public Sphere 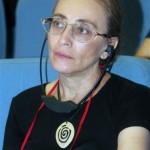 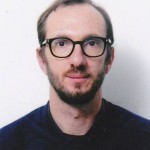 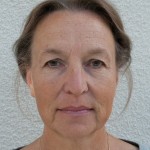