The Swedish Biennale for Performing Arts in Malmö, Sweden, May 2015.

We have long been told that “life is a circus,” but how often does the circus actually reflect real life, or the issues that can divide us or bring us together?

The global phenomenon of Cirque du Soleil goes for an ethereal touch with its various shows that raise the idea of good and evil, perhaps, while showcasing performers who demonstrate incredible feats of strength and dexterity.

Cirque has become an entertainment juggernaut through a canny mix of style, skill and a little bit of intellectual substance.

But circus clearly can do much more to make you think amid the thrill acts, which is primarily why the Circus Cirkör show Borders stood out among more than three dozen plays, dance pieces and music programs featured in Scenkonstbiennalen, the 2015 Swedish biennale held this year in Malmö in Southwestern Sweden in late May.

The festival featured numerous productions that address serious issues about gender politics (Sylvi), racism and international concerns (Red Card, Our Class) and male-female relationships (the contemporary opera Kvartett), but Borders takes on world issues in a way rarely seen in the circus or many contemporary, so-called “edgy” plays.

If Cirque claims to have reinvented the circus, Circus Cirkör likewise makes the audience discover new ways to look at circus itself or how profound an entertainment form built on thrills and excitement can reach the heart and the mind.

Those raised on Cirque, more traditional European-style circuses or the venerable American company Ringling Bros. and Barnum & Bailey Circus might feel understandably overwhelmed by the power of applying circus traditions to an important international issue.

The focus is on refugees trying to make it across one unnamed country’s border into another land where they hope to find more hospitable conditions, instead discovering the harsh attitudes of those who want to maintain some sort of local purity on the other side of the wall or fence.

The festival performances in the Malmö Stadsteater came at a time when television screens were filled with images of Libyan refugees trying to make their way via rickety boats to freedom. And in the United States, presidential candidates have been trying to top one another with promises to kick out illegal aliens and change the definition of what the term “American citizen” means.

Against such background and imagery, Borders takes on a more emotional life than what we expect at the circus, where the biggest emotional tug may be whether someone makes it across a high wire.

How fitting that Borders, directed by Tilde Björfors and choreographed by Olle Strandberg, begins with a seascape of sorts created by billowing fabric above the small arena, with legs and bodies suspended from the rafters, creating the image of people floating or trying to swim through dangerous waters before we are brought back to solid ground. From there, the dangers are presented through the kind of thrill and physical skill acts we expect in the circus.

In one scene, those fleeing encounter fences that they think will carry them to safe harbor in another land. But it’s a precarious route. The fences are represented by railing-like structures held upright by one strong cast member as the others climb over and perform a variety of acrobatic moves on their way to the other side. The railings grow taller and taller, suggesting the increasing dangers the refugees face. Perhaps they make it safely across, but then they may encounter a tricky rope walkway that is set on fire or get placed on a spinning wheel of misfortune facing knives tossed by authorities to determine if the individual can move forward.

After holding your breath both for the thrilling acts and the concerns raised about the refugees, it is understandable if some of the festival’s other productions might not have the same kind of impact, though the TeaterGaleasen production of Our Class comes closest.

While the characters in Borders have a chance to escape with their lives, that is not the case for half the people of the small Polish town depicted in Tadeusz Slobodzianek’s often gripping, but overly long play as directed by Natalie Ringler. Once again, harsh reality factors into the theatre and draws you into the horrors of what people can do to one another.

The play is based on a true story of events in Jedwabne, Poland, on July 10, 1941, when the non-Jewish half of the town murdered the other half, one thousand and six hundred Jews who were burned to death in a barn. For decades, the story was spread that the travesty was perpetrated by the Germans as Nazis moved through Poland. The real truth came out only in the last decade or so.

Told with characters frequently speaking directly to the audience, Our Class follows a group of classmates from their school years to decades after the deaths, to reveal the psychological repercussions, and the loss the world suffered with these needless killings. The play is unrelenting at times, which only makes it more harrowing.

It is a renewed reminder of how harshly one group can treat another, and how we can so easily fall to the mob mentality.

Other productions at the varied festival hit highs and lows, though I was most uninvolved with Luca Francesconi’s contemporary opera Kvartett (“Quartet”) produced by Malmö Opera. In a story inspired by Les liasons dangereuses, a man and woman engage in a constantly shifting, but increasingly pointless battle for dominance and power in their relationship. We know who’s up and who’s down based on who gets to wear the dress.

The charming dance fantasy The Feeling of Going, presented by Skånes Dansteater, is a colorfully imaginative if somewhat placid journey into a mythical forest where you can find new ways of appreciating and making the most of life. Choreographer Ben Wright creates some beautiful stage pictures, even if the story doesn’t have much to say.

Choreographer Kenneth Kvarnström admits to being a reluctant dancer in his joint venture with musician Jonas Nordberg called sofa(r). It’s a meditation on life and death, combining a free-form discussion with the audience in between some beautiful and evocative dance pieces performed by both Kvarnström and Nordberg (who has learned to dance for this project). The piece was inspired by Nordberg’s recent exploration into French tombeaux, 17th century funeral music, which has an almost contemporary air in this form. Performed in English on the night I attended, it’s delightful and thought-provoking and should have a wide-reaching appeal to an international audience.

The festival will return in May 2017 in the city of Norrköping. 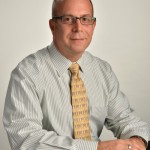 *Jay Handelman has been the theatre critic for the Sarasota Herald-Tribune in Sarasota, Fla. since 1986. He is a two-time past chairman of the American Theatre Critics Association and currently serves as president of the non-profit Foundation of the American Theatre Critics Association. He has been an American delegate to the IATC World Congresses in Helsinki (1996), Warsaw (2012) and Beijing (2014).

One thought on “Circus Cirkör Goes beyond Thrills at Swedish Biennale”