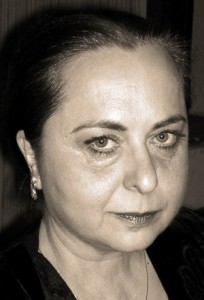 The Bucharest National Theatre’s production of The Tempest by Shakespeare had all the ingredients for success. The manager of the theatre, Ion Caramitru, is an actor with a vocation for Shakespeare. Throughout his long career he has left his mark on roles created under the guidance of several great Romanian directors: Romeo, Ferdinand, Feste, the anthological Hamlet, which—after a triumphant UK tour—propelled him among the world’s ten best Hamlets of all time.

Caramitru had previously approached Shakespeare on the stage of Bucharest National Theatre in two experimental productions—the world premiere of Edward III and the experimental staging of Macbeth. The shadow of the Great William Shakespeare also followed him as a director—he staged two remarkable productions of Macbeth by Eugène Ionesco at Theatre du Synge in Japan and at the Macedonian National Theatre.

The director of the audacious project of The Tempest is the Bulgarian Alexander Morfov (born 1960), an acclaimed artist of international repute. For The Tempest, staged in Saint Petersburg, he was awarded the most prestigious distinction in the Russian theatre, The Golden Mask. The Tempest (1611) is Shakespeare’s testament play, but also a testament text for the year 2015.

Alexander Morfov explores two Shakespearian themes: the world as stage (“These our actors / As I foretold you, were all spirits”) and life as a dream (“We are such stuff / As dreams are made on”). The way he approaches them is striking: pop culture and entertainment. He opts for a style voluptuously cultivated in today’s theatre, a “shredded, naïve, nonlinear” style. Morfov creates a performance reflecting a world hungry for spectacle, diseased by images, tempted to live a virtual life, a world contaminated by postmodernism and the New Age spirit that has cast God from creation.

The actors welcome the audience even as they enter the venue. In an ambiguous set suggesting an island, a ship, an Elizabethan stage, they choose their roles and, directed by Prospero’s magic wand unleash the mysterious power of drama. The Tempest becomes a sui generis libretto for words, movement, singing and dancing. The exiled Prospero, the Duke of Milan, his daughter, Miranda, and their usurpers are confronted with the challenges of ignorance, greed, selfishness and vanity. We witness an exuberant, explosive performance. Backstage devices go into action: multi-coloured lighting, smoke special effects, machines unleashed in full view. Magic is forged, it pervades all the events of the play, daily life situations, present-day behaviour clichés and taboos are humorously caricatured.

In this avalanche of signs there are cultural reminiscences, quotes and references that delight the audience. The island bringing together victims and executioners is not a shrine for atonement. Prospero’s image is striking: a homely appearance in ragged clothes, with fuzzy hair and moustache and a stack of books in his hand, resembling Einstein. It is the marketing image of a scientific century, over which the spectre of the atomic bomb and the Apocalypse loom. Ion Caramitru says: “Morfov and I agreed to suggest Prospero´s resemblance to . . . Einstein. The line All shall dissolve is premonitory, somehow prefiguring the creation of the atomic bomb.”

Shipwrecked on the island, the heroes are looking for “something” but, as St Peter would say: “They seek their own, and not the things of God.” This is the picture of a world sliding on the surface of existence, in which drama was trivialised. In this heavenless no man´s land there are nonetheless moments in which they are able to contemplate their inner heaven in the search for love, that is for God: in Prospero´s maternal care for Miranda, in murderous Alonso´s despair at losing his son, Ferdinand, in malefic Caliban´s desire to have a protective master whom to serve, in Ariel´s need for freedom and flying, in Ferdinand and Miranda´s love vows, in their superb wedding that envelops both the venue and the stage. However, Prospero´s magic “has not set eternity in their heart” (Ecclesiastes, 3.11).

When the magic of the show vanishes, it is emptiness that replaces it. We can feel it at the end of the performance when the three characters—Miranda, Ariel and Caliban—released from their masks feel their freedom as a burden. Prospero´s famous monologue is treated in a serious note. The island becomes a cell in which Prospero-Einstein confronts the Universe and the Divinity.

In orchestrating this concert of visual and acoustic expressions, Alexander Morfov is inventive, rigorous and vigorous, stimulating the actors’ creativity and vitality. Pathetic, burlesque, eccentric, picturesque, they truthfully portray the characters in group scenes or foreground scenes: Andrei Finţi—Alonso, King of Naples, Mihai Calotă—Trinculo, Marcelo Cobzariu—Stefano, Alexandru Călin—Ferdinand, Vitalie Bichir—Gonzalo, Ioan Andrei Ionescu—Antonio, Gavril Pătru—Sebastian. The couple Crina Semciuc—Miranda and Alexandru Călin—Ferdinand delights us with their exuberance, grace and sensuality. Dreamlike and nightmarish creatures contaminate the stage with their playful, comic bursts: Istvan Téglás—Ariel, embodying a glamorous “airy spirit” and Mihai Călin—Caliban, who creates a surprising role by blending together the grotesque and the gracious, a truthful picture of ugliness.

Great actors and directors were destined to approach the role of Prospero: from Kean, Michael Redgrave, John Gielgud and Vanessa Redgrave, to Peter Brook, Giorgio Strehler and the Romanian Liviu Ciulei. Ion Caramitru was also destined for his part. Blending colloquial and confidential tones, lyricism and lucidity, melancholy and self-irony, he naturally creates Prospero-Einstein with simplicity and sophistication. A secret force flows through the words of Caramitru’s speech. We can feel “Shakespeare´s enchanted and heart-breaking dreaming.” Master of ceremonies and raisonneur of the show, the actor astonishes us as he takes off his moustache when receiving the applause. The concealed restlessness, as a foreboding of the tempest that is to come, vanishes. In confusing, violent times, drama becomes a privileged space of reconciliation and light for a world threatened by the specter of the Apocalypse.

A tour to MITEM (Mádach International Theatre Meeting), the elite festival organised by Budapest National Theatre, also confirmed the international success of this production. In this competitive theatre context, the postmodernist blending of The Tempest in Alexander Morfov’s vision conquered us all. From among the best productions of the festival it is worth mentioning: Chronic Life directed by Eugenio Barba; Apollo Cinema directed by Matthias Langhoff; Inner Voices by Eduardo de Filippo, directed by Toni Servillo; Flagellum Dei after Miklós Bánffy, by direcor Attila Vidnyánszky; The Brothers Karamazov by Dostoyevsky, directed by Luk Perceval; Harlequin, refined by love by Marivaux, directed by Thomas Jolly; Shakespeare’s A Midsummer Night’s Dream, directed by David Doiashvili; Towards Medea after Euripides, directed by Emma Dante; Gorki’s The Night Asylum,directed by Viktor Ryzhakov.

The Tempest at Bucharest National Theatre is a production that mirrors our tempestuous world. 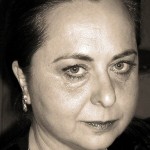 *Ludmila Patlanjoglu is a Romanian theatre critic and historian, as well as University Professor (PhD) and Head of the Theatre Science Department at the “I. L. Caragiale” National University of Drama and Film Arts in Bucharest. Former President of IATC—Romanian Section (1999-2008) and Member of IATC’s Executive Committee (2001-2007). She is currently honorary member of the IATC—Romanian Section board (2008-present) and a member of the Romanian Theatre Artists’ Association (UNITER). She directed the 2002 and 2003 editions of the I. L. Caragiale National Theatre Festival in Romania and the 21st Congress of IATC organized in Bucharest (November, 2003). She launched the IATC’s THALIA Prize (designer Dragoş Buhagiar).

Caramitru-Prospero and the Apocalypse Generation