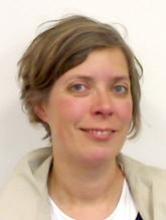 We have all watched adaptations, whether on the small or big screen, as theatre, musical or opera. Some of us have chosen theatrical events because they are adaptations of texts we know, while some of us are not even aware that what we are witnessing is an adaptation. Sometimes, the adaptation precedes our engagement with its source and sometimes it does not; either way, like the proverbial egg, we can’t always be quite sure what came first.

Yet, up until quite recently, adaptation studies was very much based upon a comparative approach investigating the relationship between the source and its adaptation, listing and commenting on choices made by the adaptors and differences observed by an expert audience. Such a comparative approach was based upon a very clear, one-way relationship between source and adaptation: one was authored and had to be regarded as original, while the other was derivative and never quite as good, necessarily focussing on some and leaving out other elements of the source. Following on from such a position were observations about the audience, and the case was made that the adaptation could be much better judged by an expert audience, i.e. an audience which was very familiar with and knowledgeable about the source. It was not necessary to know a lot about the new form in which we encountered the source, as long as the, mainly literary, source was respected. To some extent, such an attitude has not been completely overthrown just yet: an appreciation of Jane Austen’s Pride and Prejudice is still infinitely more respectable than Colin Firth’s televisual embodiment of Mr Darcy, with his wet shirt emerging from the lake at Pemberely, even though, twenty years after the screening of this episode on the BBC, more people are probably familiar with it and have encountered it prior to their encounter of the novel. This is, arguably, an attitude which infantilises the so-called non-expert audience, while, at the same time, putting source and adaptation in a hierarchical relationship.

Not only is such a position very problematic in terms of theatre, which in its Western incarnation is a quintessentially adaptive medium, but such an approach also misses the point of the most exciting element of adaptation: the adaptation is in dialogue with its source, and it shapes its source as much as it is shaped by it. Jane Austen’s Pride and Prejudice is no longer only a novel; it is a plethora of adaptations as well. The average school child, while encountering the novel as part of its English curriculum, will also have seen at least one or two adaptations of it, if only in the form of clips on YouTube. So, the reading of the novel occurs alongside the reading of its (simultaneous) adaptations. The text that is Pride and Prejudice is no longer one singular, unchangeable entity but, instead, an ever-shifting, unstable, dialogic event. The novel can be read while sitting at the banks of the Serpentine Lake, with its fibreglass model of Colin Firth in a wet shirt.

Fibreglass models and public parks aside, it is such simultaneity of texts that is most pertinent in terms of theatre, where there is always already a “ghostliness, [and] sense of return,” which Marvin Carlson identifies as one of the “universals of performance” (1). If that is already one of the characteristics of Western theatre, then this sense of ghostly return is doubled when it comes to adaptation in the theatre. Not only does the audience encounter a sense of return when going to a theatre building which has seen many performances during its life time, encountering a production of a play which has also been performed many times in different spaces, but, most importantly for our discussion of adaptation here, it, then, encounters an adaptation of something that the audience knows exists at the same time as the performance, yet in a different medium. So, the performance haunts its source and the source haunts its performance. And it doesn’t matter how much detail the audience knows of the source; as long as it understands the performance to be an adaptation, because it has been identified as such, such haunting is part of our reception of what we are watching. Adaptation and source exist simultaneously in our experience of the performance.

A good example of such simultaneity of source and adaptation is Tall Stories’ adaptation of Julia Donaldson’s and Axel Sheffler’s The Gruffalo. First published in 1999, the rhyming couplets that make up The Gruffalo have been translated into more than twenty-five languages and the book is continually marketed by a vast array of Gruffalo merchandise, as all parents of small children have, no doubt, encountered on numerous occasions. Tall Stories’ production was very much a layered adaptation, elements of which, such as references to the cultural concept of the Spiv, the Royal Air Force, and Spaghetti Westerns, may very well have escaped the young members of the audience while delighting the adults. At times, the production moved away considerably from its source, while consciously invoking the simultaneity of source and adaptation throughout the performance by reiterating regularly the most famous line of the book: “There is no such thing as a Gruffalo.” Adults and children among the audience alike were delighted by their recognition of the rhyming couplets amongst the otherwise conversational script, and joining in became a physical manifestation of the concurrent existence of source and adaptation. Another layer is added to the multiplicity of The Gruffalo when considering the dvd incarnation of the theatre production. The separation of source and adaptation is complicated here: is the dvd an adaptation of the stage production or of the illustrated children’s book? We are entering Pride and Prejudice territory so-to-speak whereby The Gruffalo is no longer a single text but rather a multitude of texts, an unstable, even messy, dialogic event.

Playing around with the visibility of the many ghosts at play in the performance of adaptation is a dramaturgical choice, a choice which structures the performance itself and shapes the way we encounter the performance as adaptation. Sometimes, the recognition of the source, the coinciding of source and adaptation, is the raison d’être of a production, or rather the reason for an audience to attend the performance in the first place. Many stage adaptations make such coinciding the genesis of their theatrical practice and, arguably, this is most often the case when related to musicals as popular, commercial enterprises. Dirty Dancing, the stage musical, would not exist were it not for the fact that the film, and more Darcyesque bodies half immersed in water, coincide with the performance at the moment of reception. Having been a member of the audience at two different performances of Dirty Dancing, I can only assume that at least ninety-five percent of its mainly female audience experienced the source and the adaptation at the same time. The production is dependent on such recognition: the famous water scene, learning dance steps on a tree trunk over a lake while regularly falling in, layered the film and production. One did not exist without the other at the point of reception and, no matter how different the scene looked depending on the seating in the various theatres—during one of my encounters of the production, it looked like the scene was played out under, rather than in and above, water, as I was sitting in the cheap seats – the film and the performance became one. Members of the audience who did not experience such simultaneity at the point of reception, were immediately obvious as outsiders. Their postures in their seats, their behaviour in the interval, in short, their embodiment of their relationship with the process that is adaptation, visibly marked them out.

Adaptation is a dramaturgical process as well as an act of reception, and it is, at its core, a very democratic, creative and communal process. It depends upon an audience to claim ownership over its existence. It questions the very idea of singular authorship and chronological relation of texts. This is never more obvious than in the theatre, where ownership and authorship is shared and embodied by both the makers and the spectators of the performance.

The pleasure inherent in such shared ownership and authorship may be the reason for adaptation’s popularity and economic success. The majority of Broadway and West End productions are adaptations, and very few of them are conceived anymore as singular texts understood in a temporal relationship to each other. Arguably, the only reason why one precedes the other is an economic one, but at the moment of conception as well as reception the (adaptive) event exists as a multiplicity of texts.

What adaptation in the theatre makes very clear is that adaptation is, what Regina Schober calls, “a process of forming connections” (Schober 91), and anything but a stable and fixed entity. Adaptation is a necessarily dramaturgical act as well as a process of reception, which stands in a messy, multifarious, collaborative and, importantly, reciprocal relationship with its source(s). Performance and source, text and rewriting, watching and re-watching make up a dynamic and reciprocal network, an unstable event, which is firmly located within its specific yet diverse reception. Adaptation in performance, then, is everything and nothing, a dramaturgical act and a process of reception; it exists only in the eye of the spectator, yet it is a democratic process of shared ownership. 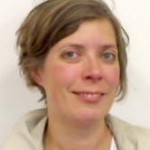 *Katja Krebs is Senior Lecturer in Theatre and Performance Studies, University of Bristol (UK). She has published widely on the relationship between translation and adaptation and has edited Translation, Adaptation in Theatre and Film (Routledge, 2006). She co-edits the Journal of Adaptation in Film in Performance (Intellect) together with Richard Hand which offers a forum for the investigation and exploration of translation and adaptation from the perspective of the academic as well as the practitioner.