Tell me about the Shaw Festival. What makes it a festival?

The Shaw is essentially a destination. We’re in this tiny town which has very few people who actually live in it, but it’s a huge tourist —and, indeed, theatre-going—destination. What makes it a festival is that we are a full company of actors who run a rep[ertory] season. We do ten plays, and we don’t do them one after another; we fold them in, so that they start to run together all summer long. A person could come to Niagara-on-the-Lake on a Thursday, and by Saturday they could have seen ten shows. It is a festival of plays.

It must have been quite something to take a job of this complexity.

Absolutely. The original mandate of the Shaw Festival, 54 years ago, was to do the works of Shaw. A local man, Brian Doherty, had a passion for Shaw, and he had an American friend, Calvin Rand, who was very rich; they decided to put on Shaw plays in the courthouse on the main street of this dusty little town. They did two Shaw plays in the first year, and then they decided if they could do Shaw, they could also do his contemporaries. So that became the mandate, Shaw and his contemporaries—which, of course, given that he lived for 94 years, was a hell of a lot of contemporaries. What interested me personally was that I would be able to add to the mandate and turn it into the plays of Shaw and his contemporaries, and contemporary plays about that time.

Was that hard to push through with the board?

No, because, in fact, Christopher [Newton, the Shaw’s artistic director for 23 years and Maxwell’s predecessor] did it for me. He was the one who thought that if he was going to get anybody new or younger or with a different point of view than his to apply, he would have change something. He was the one who said we should also be doing contemporary plays… The thing that interested me [about the Shaw] was that programming-wise, it needed a good kick. It had a very Anglo feel, a very colonial feel; it was very white. And so I thought, if I could find my way to bring new air into the programming, then maybe that would be interesting…. I wanted to program plays from the Canadian canon, I wanted to bring playwrights in and get them writing for the company, get them writing about this world. And then there was the women’s voice, which, to me, was so distinctly lacking.

How did those plans to diversify the repertoire and bring in the voices of women and Canadians play out?

Quite a lot has played out, I have to say. In my first season on the [856-seat] Festival stage, I did Michel Marc Bouchard’s The Coronation Voyage—it was kind of deliberately like my shot across the yardarm. I thought, well I’ll either get stoned out of town, or it will be OK. As it happened, that was the year we had SARS and America declared war, and, so… everything but locusts happened. It’s hard to know whether the box office was as low as it was because of my programming, or because of the world. Luckily, the board chose to think that it was because of the world, which was very nice of them. I had also commissioned Susan Coyne to do a brand new version of Three Sisters, and seven of the ten plays in that season were directed by women. The amount of press we got about that still shocks me. I actually got asked things like, “Aren’t you tipping the balance here?” and I would say, “Well, I think in 500 years I’ll have tipped the balance, so, no.”

We did Sharon Pollock’s Blood Relations that first year. The opening night of The Coronation Voyage was the first time that a live Canadian playwright had ever sat in the theatre at the Shaw Festival and watched their own play. That was amazing; it was very meaningful… So my initial shift in the programming started radically, and then I realized I’d underestimated how huge the ocean liner was that I was trying to turn. I realized I had to take these new Canadian plays off the Festival stage, and keep building Canadian work on the other stages… There were ups and downs, but after about seven years, I realized, “You know what? We’re just doing it now.”

Who is the Shaw’s audience?

It is an older demographic; there is no doubt. The bulk of the demographic is from 55 to 75… The core audience of the Shaw Festival are educated, smart, and they want to engage in conversation… They understand that they have a part in theatre–that they have to engage. It is not an audience that comes to sit back and be entertained…. I’ve learned to really appreciate that. Now, you’ve got to extend the core, and I’ve also been working very much to open things up in terms of gender and colour. I opened up a new venue, the Studio Theatre, to be able to do [Suzan-Lori Parks’] Topdog/Underdog. And at the same time we had My Fair Lady across the courtyard. My dream was, wouldn’t it be interesting if somebody saw the matinee of My Fair Lady, and then went to see Topdog/Underdog in the evening? What would that theatrical conversation be? To me, that’s what a festival is.

This is a bilingual publication, and we live in a bilingual country. What are your loyalties to French-Canadian drama? Do you see the Shaw Festival as a place to be forwarding those voices?

Oh, totally…. what I love, and I think this is very Irish… to me, the combination of poetry of politics in Québec writing is brilliant. And the voices are so different. As far as I was concerned, if I was going to introduce Canadian voices to the Shaw Festival, that included Québec writers. So, I’ve brought in Carole Fréchette, we’ve done Michel Tremblay, we’ve done Bouchard twice. That absolutely had to be on the table.

How do you feel that the fact that you were raised in Ireland and educated in England affects how you view your work as an artist? Do you think of yourself as a Canadian artist now?

I do consider myself Canadian, and I’ve tried to be active in building Canadian theatre. But I do think that at times I can kind of cut across things in a way that a born Canadian wouldn’t. For example, when I lived and worked in Toronto, the level of Toronto-centrism drove me insane. I’ve never bought that only one place is doing interesting theatre… Frankly, I think that sometimes [my background] helps me cut across a lot of bullshit.

Well, let me put it this way… there are critics whose work I respect, both from the past, like William Archer and Kenneth Tynan, and in the present, such as Michael Billington… To me, what I think is deeply unfortunate is that we are living in an era in which the lack of appreciation for context is so deep that what one would hope to be an informed analysis and contextualization of a work becomes a dismissive, two-paragraph piece of shit. That pisses me off and I feel that we are ill-served by it. It’s not to say that I don’t think there are people that are writing interestingly, but I think we’re ill-served.

I’m not saying this is necessarily an artistic director’s job—but do you feel like there is any way that you can act to change that?

I think we can come at things from another direction. There could be young people who want to write for the theatre, and we could help them understand how theatre is made, so that they come out with a larger understanding of the challenges around making theatre.

Twenty years from now, what’s the Shaw Festival that you would like to envision?

… I hope that what I did was bring the Shaw into the 21st century. I hope that I have left it really open for someone to come right in and go, “Ok, well now, it’s got to be taken a lot further.” I would love that. I would love to see a physical type of theatre that perhaps we haven’t done… You’ve got to be somewhat evangelical, you got to be somewhat obsessive, and you’ve got to be prepared to work your fucking ass off. But I think the Shaw can continue to be a leader in the theatre conversation in this country. 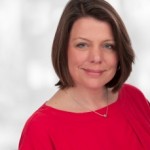 [1] Karen Fricker is assistant professor of Dramatic Arts at Brock University in St. Catharines, Ontario. She has worked as a professional theatre critic in the U.S., Ireland, and the U.K. for publications including The Guardian, Variety, The Irish Times, and Irish Theatre Magazine, which she co-founded in 1998.