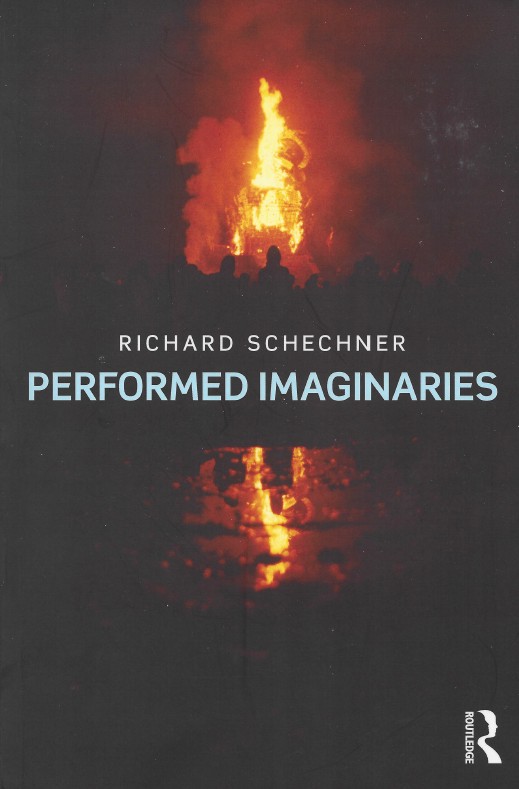 In the often solitudinous worlds of Theatre and Theatre Scholarship there is a giant figure of a man who has made an unusually impressive international footprint in both fields of endeavor. I am speaking, of course, of the American Richard Schechner, director and editor, intellectual and theatrical provocateur, distinguished professor at New York University. A past winner of the IATC’s Thalia Award for his influential writings on theatre, his work—especially in the area of “performance studies” (a discipline he basically invented)—also tends to polarize many in both professions.

That is to say, whether you are a working theatre scholar or simply a theatre worker, you tend either to love the culturally wide-ranging Schechner or you tend to hate his theoretical and visionary ramblings. Few in these two theatre worlds are neutral towards him. But whatever one’s position, it is certainly clear that he has made both sides think about both performance and the “performative” in new ways.

And hopefully both communities will be reading this latest book by the great Ship of State himself, Performed Imaginaries, a collection of essays from the last decade or two. It’s a summing up of sorts for Schechner, a working out of his own legacy. Now approaching 80, he is trying to separate the useful in his work from the not so useful. Unsettled by a world still filled with ongoing wars, by the events of 9/11 as well as by violence and real blood in the aesthetic theatre, Schechner is seeking here to come to grips with both his own ongoingness as conscience to the world’s theatrical avant-garde as well as his role as godfather to those deeply into Performance Studies.

Schechner has been pushing since the 1980s for a new way of thinking and seeing the performative. He calls in one essay for a “Third World” of “artists, activists, and scholars” who can be united by “a mode of inquiry … a sense of being other.” In case you are not sure who this Third World really is he tells us directly that in a sense it is all of us who write about the art though “the vanguard of this New Third World … are performance theorists and artists, who practice collaborative performance research, persons who know that playing deeply is a way of finding and embodying new knowledge, renewing energy, and relating on a performance rather than ideological basis.”

In the six essays published in this volume, Schechner is wrestling with his most continuing utopian visions. The pieces range from the long and anthropological (a 60 page monster called “The Ramlila of Ramnagar”) to three pieces looking at the world through a variety of avant-garde lenses. He also looks at the events of 9/11 as symbolic art and at the work of several recent artists who have chosen to shed their own blood in both public and semi-private performances (ranging from someone who has a bullet shot through his arm to a woman who sews a condom-covered plastic icon of Jesus into her own vulva). There is as well a long 2009 interview with Schechner which covers many of the same ideas in a less formal way.

Not that Schechner’s style is ever really formal (it may be complex and overly self-referential but it is always relaxed and surprisingly accessible). A charming and perceptive writer, he does with ease what very few of his followers seem interested in doing at all: communicating with his audience.

In his essay “The Conservative Avant-Garde,” he argues—jargon free—that the internet has changed the fundamental rules of the game for artists. “What we have today,” he says, “is a triangular … tension among the avant-garde, the mainstream, and the social media. Works of a particular kind can and do show up under any of these categories, sometimes sliding easily from one to the other.” Terming the traditional theatrical experimenters “niche-garde” because their styles of experiment are now simply well-known brands, “a tradition replete with identifiable styles, themes and lineages…. In the reperformances of the niche-garde, the audacity of the original gives over to the nostalgia of the repeat.” His neat conclusion? “The avant-garde no longer lives in the future.…”

Schechner is very open about how his own ideas have changed. In a long 2009 interview here (revised in 2014), he recalls the kind of theatrical work he did through the 1960s and 1970s. “We took ‘authority’—the power of being the author—away from the playwright and gave it to the directors, actors, designers … the people there doing the work. Even to the audience…. Later on, I retreated from such a radical and total rejection of the playwright. I staged plays according to the principles of environmental theatre… But I did these plays in ways they had not been done before. I very radically changed how these plays looked, how they were experienced—maybe, even what they meant.”

Perhaps Schechner’s most insightful essay is “9/11 as Avant-Garde Art?” which looks at the terror attacks of 9/11 as a “performance” planned, rehearsed, staged, and intended “both to wound the USA materially and to affect and infect the imagination…. A performance surely, but,” he asks, is it “art?” Putting on his historian’s hat, he suggests that the attacks were in a direct line of succession from Futurist, anarchist and other avant-garde manifestos and actions. “To those opposing Al-Qaeda,” he adds, “9/11 was ‘bad art’ in the ethical and moral sense. It was ‘illegal Art’ from the point of view of international law because it targeted civilians….” But he brilliantly concludes that “Looked at in these ways—as event, shock, avant-garde, art, tragedy and/or vengeance—9/11 performs Artaud’s uncanny assertion from the 1938 essay ‘No More Masterpieces’:

‘We are not free. And they sky can still fall on our heads. And the theatre has been created to teach us that first of all.’”

Schechner continues to be disturbed by the state of the avant-garde in his essay on “blood” in performance, “Self-Inflicted Wounds: Art, Ritual, Popular Culture.” He links those working in this way as “throwbacks, archaic more than avant-garde, recuperating sacrificial violence and sacred terror. In performing their ordeals, they share with audiences something akin to initiation rites, mystical experiences, and sacrifice.”

He then asks if this kind of art is really acceptable in “civilized” society and if not, why not? His conclusion is open-ended. “At the level of performance theory, these acts test the limits of representation. They are non-mimetic. Real blood is really flowing, the performers are not pretending … in the kind of blood performances I am discussing … a Rubicon was crossed more than a half-century ago by the Vienna Actionists … it is not stage blood that [Ron] Athey and Franko B. shed; those aren’t fake labia that [Rocio] Boliver is putting a thick needle through; that is ORLAN’s face being opened surgically … blood art and body modification confronts theory with a dilemma….”

“When someone actually cuts, pierces, or sews herself, when real blood flows, when the performance persona is the person himself and not a fictional character, what is going on?… if a person wants to sew up her labia, then let her—I can accept that, up to a point. The point being deciding when a person actually has the agency she is presumed to have, even the agency she claims she has. But if an artist’s claim of having made an independent judgment is to be questioned, who has the wisdom or presumption to decide for or against the artist? Does one by purchasing a ticket or attending a performance endorse the acts performed?… I cannot at present work myself out of this dilemma: I am on both sides of the question.”

That is to say, Schechner admits sometimes he doesn’t know. True wisdom. He even admits that sometimes his creation—Performance Studies—is simply one more lens by which societies and groups and individuals can be understood and that it doesn’t have answers for everything.

“As I theorize it,” says Schechner, “something ‘is’ performance when, according to the conventions, common usages, and/or traditions of a specific culture or social unit at a given historical time, an action or event is called a ‘performance’…. Over the past seventy-five years (at least) what performance ‘is’ has been stretched, tested and expanded. This expansion was first driven by the avant-garde and by interactions between non-Western and Western cultures. Later, the expansion was also driven by the internet, with a resulting blurring of boundaries between the actual and the virtual, between so-called ‘art’ and so-called life.”

In his concluding essay, “Points of Contact Revisited,” Schechner recalls that in his earlier writings he defined performance as a “broad spectrum of activities, ranging from ritual and play … to popular entertainments, celebrations, activities of everyday life, business, medicine, and the aesthetic genres of theatre, dance and music … each had qualities that could be effectively analyzed ‘as’ performance while what ‘is’ performance—a much more limited domain—could only be determined within specific cultural contexts located within specific points or ranges of time.”

His major addition to this earlier position seems now to be a growing sense that performance is more than anything “twice-behaved behavior, restored behavior … a broad spectrum of entertainments, arts, rituals politics, economics, and person-to-person interactions.” At root is his belief—still the bedrock of Performance Studies—that “everything and anything can be studied ‘as’ performance.”

Which is to say that it is the descriptions and analyses of one’s own experiences that are more important in this field than judgements. For Schechner, the role of the performance analyst is to be an intermediary between different worlds, and specifically to “foster actual and respectful communication” between what we traditionally think of as the world of artists (as Schechner puts it poetically, “those possessed by the orishas”) and the world of all the others, up to and including the arcane world of sub-atomic particles such as the Higgs Bosun (as Schechner puts it, “those possessed by the Large Hadron Collider.”)

In the end, an important series of public musings for all of us in the theatre communications business. 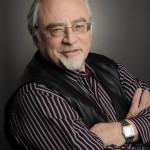 [1] Don Rubin is a Professor of Theatre at Toronto’s York University and founding director of the Graduate Program in Theatre Studies (now Theatre and Performance Studies) at York. He is a long-time member of the Executive of the International Association of Theatre Critics and a member of the Editorial Board of Critical Stages.