At the Irish Times Theatre Awards held last month in Dublin’s National Concert Hall, Willie White won a prize for most amusing tweet of the night. His tweet was projected onto the on-stage screen:

On the top deck of the 46A [bus] en route to the #ITTheatreAwards. It’s my version of a stretch limo.

The win was no surprise to the Irish theatre community, who know the Artistic Director of the Dublin Theatre Festival (DTF) as an avid and witty user of social media. White’s Twitter profile picture is a poster that states in multi-coloured letters: “I’m on to the next one. On to the next.” The poster covers a wall in his office in Dublin’s Temple Bar cultural quarter. White’s social media persona, working life and the streets of Dublin are inextricably connected in one vigorous and dynamic network. And he’s always looking forward, forever in motion towards the next… Except in this interview. He cannot and will not discuss the 2015 programme.

Since 1957, Dublin has had a two-week festival each September packed with Irish, European and international theatre and opera. White insists DTF “is taken to be but is not an account of the state of art.” Instead, “it is an ambitious yet pragmatic exercise.” The constraints, White explains, are sometimes financial but the lack of physical resources is the most limiting factor.

This consideration of physical resources comes as a startling insight. The Guardian newspaper’s Lyn Gardner recently wrote of her love for DTF, citing it as both the oldest theatre festival in Europe and possibly the most successful. She added, “The festival is big enough to offer the opportunity to see four shows a day, but not so big that you have to kill yourself trying to get round everything.”

For theatre-goers, the city is the perfect size to get to know and navigate quickly. But a lack of infrastructure means touring productions view Dublin differently. White says, “Not having a year-round space with a large stage and 400-500 seats means there’s a mismatch with much of the interesting work, especially European.” Allied to this is an acute lack of economy of scale in presenting work in smaller spaces. Larger and more suitable venues, e.g., the O’Reilly Hall, have started to become available but they often need continued investment that isn’t feasible. “The space needs to be there but it also needs to be affordable,” White explains.

In mid-February a production of Seawall by the UK theatre company Paines Plough opened in the Project Arts Centre, billed as a DTF production. “Is this the festival kicking off early?” I ask, but White refuses to follow that logic. He had seen the monologue, written by Simon Stephens, and loved it, but knew Paines Plough couldn’t bring it during the two-week festival.

“I look at conundrums and try to solve or approach in a different way,” he explains. “Their availability was the issue. I had to flip it: when is [actor Andrew Scott] available and can we find a venue?” The lead-in time was shorter than the usual programming schedule allows, but White was determined to bring the work to an Irish audience. The Project Arts Centre (where he was Director for nine years before taking the reins at DTF) stepped in to offer space and it had a sold-out run.

White’s pragmatism is key to his success in the role and he quickly reveals a sharp intellect and a ferocious curiosity. He fires as many questions at me as he answers himself and changes topic at any hint of boredom. As we talk, he fields calls from home, finance staff and a noisy street sweeper, all without ever losing his train of thought. The DTF team are always working two to three years ahead, watching what’s happening overseas and mindful of how long it can take to bring work onto Irish soil. Our conversation bounces between the pragmatic, business considerations and the aesthetic aspect so vital to his stewardship.

“I am a Europhile,” he says. Later, he insists he’s devoted to Dublin, investigating it thoroughly and showcasing all that it has to offer. “My topic is Dublin,” he says. For White, there’s no contradiction between the two stances. Coming out of a self-contained theatre scene in University College Dublin, his “first encounter with grown-up aesthetics” was Pina Bausch at the Edinburgh Theatre Festival in the 1990s. Before and during his tenure at Project Arts Centre, he travelled as much as he could afford to see work.

In its early days, DTF mingled Irish plays with student drama, with the occasional French production and ballet at the now-demolished Theatre Royal. “Sweating the Irish repertoire,” is how White describes it. The establishment of the Dublin Fringe Festival in 1995 lanced the student work and arguably also much experimental work, leaving DTF to establish itself as presenting assured high quality.

But along with ensuring a level of quality, the Artistic Director is tasked with reflecting local work. The curation of any festival involves creating a context for each piece of work; curation always involves choosing and excluding. Is there a formula for balancing Irish and international work in the programme? I want to know. White is committed and loyal to Irish theatre, but adamant this doesn’t mean their inclusion can be taken for granted. He produces a graph of productions included in DTF since 2003 and we pore over it together. I conclude there is no pattern; theatre isn’t conducive to graphs.

But these are the facts: In 2004, there were 10 Irish and 11 international productions. By 2007, 25 out of 33 productions were visitors to this isle. In 2012, White’s first full year in post, the trend reversed: 20 out of 30 were Irish. 2014 again saw a more balanced programme, with 15 international and 13 Irish productions. It’s tempting to plot the graph alongside the boom and bust of Ireland’s economy; it’s tempting but too simple an argument.

The 2014 festival included a season of Australian work, alongside productions from European practitioners and a number of Irish success stories. In 2015, it has been announced, The National Theatre of Great Britain’s production of The Curious Incident of the Dog in the Night-Time will open the festival in the Bord Gais Energy Theatre. (This theatre has capacity for approximately two thousand.) The programme always incorporates networking events and the “Next Stage” programme for emerging theatre-makers, alongside curated talks and exhibitions. In 2016, Ireland will celebrate the centenary of the Rising that gave birth to the Irish Republic and White is already working to ensure this is reflected in programming. There is no additional money in his “resource envelope,” however; they’ll do what they can within existing constraints.

Last year, DTF put together an exhibition tracing the history of the festival since its inception, in a project with the Little Museum of Dublin. White is clearly enthralled, to the point of taking out a box of programmes wrapped in cellophane to show me. I sense his awareness that this year’s programme is next year’s archive; every choice contributes to posterity.

When I ask if he measures himself against his predecessors, or judges himself by the relationship with the Board or by popular appeal, he is considerate and respectful. We agree that it would be fascinating to analyse the programmes since 2003 alongside the psychological profiles of the Artistic Directors. Referencing an article by Florian Malzacher included in the DTF volume, No More Drama (2011), White explains that he believes a theatre festival can only be measured against the standards it sets itself.

Contractually, he is answerable to the Board and to DTF’s commercial funders. But in a city the size of Dublin, he is dealing directly with artists and audiences. The Festival makes a direct and crucial contribution to Irish public discourse. But as often as it provides ground-breaking experimental work, it simply has to function as a good night out for the occasional theatre-goer.

When I congratulate him on his recent election to the Dublin Chamber of Commerce, White brushes off the achievement. It was simply an environment that interested him. He hates the notion that theatre is some kind of separate or elevated sphere. “We all live in the real world,” he tells me, “just different parts of it.” White is someone with a curiosity about every part. Arts and commerce, proud Irish citizen and committed Europhile, he has a nose in just about every section of this city. It’s passion and relentless curiosity that drives both Dublin Theatre Festival and its Artistic Director. 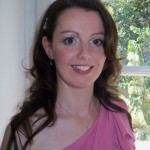 [1] Ciara O’Dowd is in the final stages of completing a PhD in Irish Theatre History at NUI Galway, writing about the on and off-stage lives of Irish actresses of the 1930s. She studied Drama and English at Trinity College Dublin and University of Glasgow and has written about Irish theatre for New Hibernian Review. Since 2012, she has been a theatre assessor for the Irish Arts Council and this year she was on the Programming Committee for the Galway Theatre Festival. In 2014, she received a New Writing bursary from Dun Laoghaire County Council.