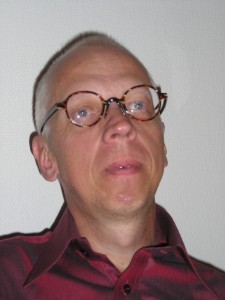 Interferences Festival at the Hungarian Theatre of Cluj, Romania. Nov 26 to Dec 8, 2014.

The Hungarian Theatre Company of Cluj-Napoca in Romania hosts the biannual festival Interferences. The theme of the 2014 edition was Stories of the Body, which—as one would expect—meant that many productions were dance-related or movement-inspired.

It is not necessarily a problem that the theme accommodates just about anything. More alarmingly, many selected shows were poor; there is no polite way of saying this. On the other hand, the selectors Gábor Tompa, András Visky and Georges Banu stood by their theme instead of scoring obvious victories by picking travelling hit shows only.

Viewing classics often produces a nod or a frown from the critic, because the critic only checks the degree of originality in the realization of well-known texts. But the following involved such unorthodox (re)writing that I need to describe them; even a vigorous nod would not suffice. These shows refuse to evaporate from my imagination.

The Korean pansori singer Jaram Lee gave us Sacheon-Ga (2007), which is her version of Bertolt Brecht’s The Good Woman of Szechuan. I have always found Brecht a boring and didactic author, but thanks to Jaram Lee, I realize that die Verfremdung can make sense, when she interrupts the show to drink water and, returning to her performer mode, casually asks “where were we.” In Lee’s contemporary form of the traditional pansori art, a lone storyteller sings us through the events, accompanied by a three-person drum-dominated orchestra. Basically what she gives us is a paraphrase of the plot, but then she slows down at places to sing uninterrupted sequences of dialogue. There she establishes and individualizes the various characters with a simple gesture of the hand or the cane. Jaram Lee does all that with disarming grace, but the sweetness of gesture does not prevent her from firing hard-hitting social criticism, which is funnier than anything Brecht ever wrote. Jaram Lee is not only the storyteller, but she also dramatized and composed Sacheon-Ga.

Of course, the double role that the Good Woman assumes to tackle the scoundrels in the Brecht play invites the performer Jaram Lee to take on so many roles. Brecht and Lee both toy with the multiple identities people are willing to try on in the pursuit of money. In Lee’s version the gods as judges are realized as shadow theatre on a canvas at the back of the stage, which is a very compact way of demonstrating the distance gods are keeping from us.

The Romanian director Felix Alexa dramatized and directed Nikolay Gogol’s The Diary of the Madman for ArCuB, which is a cultural center in Bucharest. I was afraid that more imagination had been used for disfiguring orthography in the company name than in the actual production, but luckily I was very wrong.

Alexa’s reading of Gogol was superb. He and actor Marius Manole showed at the end, how after having been broken by torture the madman is still able to resort to his madness, which then is more a sign of mental tenacity than lunacy. In a careless reading that half-sentence of Gogol’s might pass as another charming piece of eccentricity, but this production carved out its full meaning. Likewise, the yelping acting of Manole made it clear that it was the madman himself who had penned the correspondence attributed to dogs, and that he was aware of it: he knew that the romance toward his superior’s daughter was only wishful fiction. And the scene where the madman describes the splendor of his superior’s home: Manole as the madman really saw those luxuries and for the first time, too, which made class differences visible in a highly political way.

Parallel in the Off-program by the Romanian GroundFloor Group took place in a former industrial building. Two women started doing fitness moves accompanied by an American voice from a laptop. They then removed their clothing to be topless and did very controlled tricks with a football. After this, the two women changed into drag in semi-darkness and finally started to speak. They told the most vicious anti-lesbian jokes in standup comedy style before turning it into a sung manifesto proclaiming everyone’s right to be the person she is.

The performers are Lucia Mărneanu and kata bodoki-halmen (she writes her names without capital letters), the concept is by Ferenc Sinkó, who also co-directed with Leta Popescu.

The performers looked sullen at the start and changed to a self-reliant radiance toward the end. The thought processes in the production accomplished even more daring somersaults along the way. All this was delivered with a startling openness. It was a politically engaged piece, which employed directness as its artistic method, and in comparison even Victor (see below) seemed hopelessly slow and bourgeois.

Many productions of our hosts, the local Hungarian Theatre Company addressed the issue of domestic violence with the rather surprising support of surrealist and absurd classics such as Roger Vitrac’s Victor, here directed by none other than Silviu Purcărete, or Alexander Vvedensky’s Christmas at the Ivanovs’ directed by András Urbán. Brave and ambitious attempts, I would say, not to bore the spectators with the obviousness of social realism.

I have the benefit of listening to the talks about the shows the next morning. This makes me more knowledgeable than my own perception. Thus I learned that the Romanian actors of Gábor Tompa’s Bucharest production of the Eugene Ionesco play The New Tenant use language as a musical instrument, whereas the tenant is a Spanish actor, the only cast member transferring from Tompa’s 2004 production of The New Tenant in Newcastle, England. My conclusion: the gesture is not in the wasteful plural, but every gesture counts. Tompa expects his spectators to be familiar with the subtext of the play, and to recognize its weight. 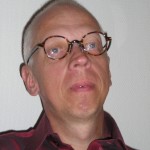