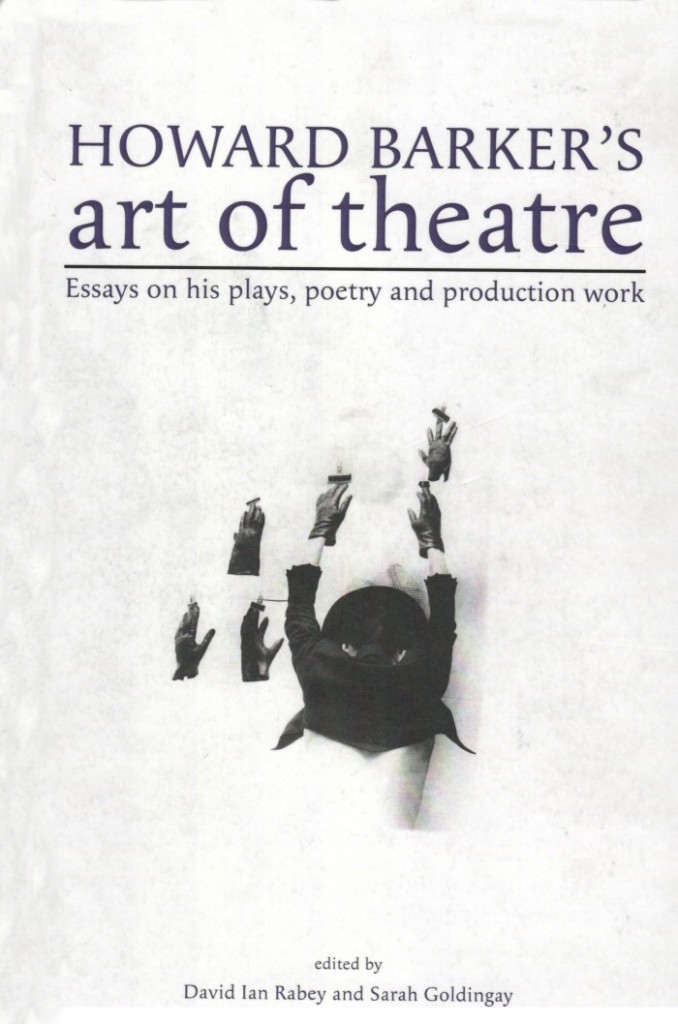 “I have a huge respect for ignorance,” Howard Barker once said during an audience Q and A that concluded a dialogue at City University, New York with David Ian Rabey. “If you know too much about what you’re writing about, you will produce uninteresting work. You have to work in a climate of not-knowing.” Theatre, Barker emphasized, at least his idea of it, is not in the business of educating people. “It’s a confusing place and you leave with more problems than you arrived with.”

Only the last line, a little bit tweaked, makes it into the edited transcript of that 2010 conversation, as it appears in this substantial collection of 21 essays about Barker, co-edited by Rabey. I’m going to cling to the remark about ignorance all the same. Barker is talking about his approach to writing—but it could equally well apply, or at least be applied, to writing about Barker’s writing; and analysis more removed than that still—writing about writings on his writing.

How much can we be expected to get the measure of this prolific director-dramatist, poet, painter and, as the back-cover notes, “philosophical essayist”? In his astute introduction, Rabey states that since 1969, Barker has written “over a hundred dramatic works (primarily for theatre, but also for radio, television and film), six published volumes of poetry, two books of philosophical and aesthetic theory … and a third-person autobiography/ reflection on practice.”

When I say “we”—the possible community of those capable of responding to his work of course includes clusters of theatregoers, actors, directors and theatre professionals as well as students, critics and dedicated academics. Wherever they hail from, though, those sets of responses are necessarily going to be partial.

One of the spurs to this fascinating volume was the 2009 international theatre initiative “21 for 21,” a presentation of synchronized performances on four continents in seven languages—marking in an exploratory-celebratory style the twenty-first anniversary of The Wrestling School, the company set up to produce Barker’s work. In as much as that exploration—combined with a three-day international conference in Aberystwyth the same year—opened up a vista of rare breadth onto his work, this volume, commissioned in response, augments the collective artistic-inquisitive effort. And yet, the singularity of that retrospective serves as a reminder that Barker, whether or not he is more greatly acknowledged outside his homeland, remains a leading playwright more often referred to than seen.

Few could be forgiven for not having encountered the major Chekhov works—they are overdone in ways that lend sustenance to Barker’s critique of British theatre’s cozy, false relationship with the Russian master. But how many of Barker’s major works—let alone the vast array of his collected output, some of it perforce still unpremiered—are even his more ardent admirers familiar with?

One might agree that Barker’s theatre is under-performed, under-funded and under-exposed, at least in the UK, but the scale of his oeuvre seems to be bound up with his position as a figure who defies easy categorization and evaluation.

Rabey rightly observes that “Barker’s writing and direction (and deliberately, purposefully) create a sense of plethora for the audience: a sense that IT’S ALL TOO MUCH (more than we can digest, immediately or readily).” I’d suggest that what happens on a micro-level, within plays, within scenes, also applies to the macro-project: Barker is so prolific it is hard to know where to begin, what should be prioritized. Authority appears to reside in Barker’s own steers. And yet he thrives on paradox: he is uninterested to the point of dismay by playwrights who want to “say” something (“fruitless, narcissistic…”) and what he repeatedly tells us—in this book and elsewhere—is that his dramas aren’t “saying” anything.

This is a roundabout way of identifying—and enjoying—a contradiction that courses through this book. The essays assert a need for Barker to be taken seriously, evidence a cultural lacuna, and yet that absence is the meat he feeds on. To seek to “understand” his work might in itself be said to show a failure of understanding. The compulsion is to wrestle but we’re wrestling with shadows—shedding “light” on the subject is like using a sun-lamp to treat photophobia.

Of BLOK/EKO Rabey writes “Barker (as director, scenographer and dramatist) and his actors worked to minimise the possibility of any single reducible message being derived from the traditional (naturalistic) audience standpoint of analytic superiority over events presented.” But does analytic superiority have a place here? Yes—this is an allowed breathing space for assessment—but, rarely for a book of theatre-related criticism, the organizing principle is fraught by default.

I agree with the Scottish critic Mark Brown’s overview in his essay touching on the apparent ingrained hostility of English theatre critics to Barker, and their recurrent contempt and sniggering bafflement. This is expressive he suggests of “their frustration over the lack of easily identifiable meanings in Barker’s Theatre of Catastrophe,” a frustration partly born (I’m paraphrasing greatly) of their being steeped in a liberal humanist culture. His distinction about the more favorable Scottish response and its connection with Barker’s Europeanism holds good too.

He quotes Barker: “To be European is to hold to opposites and live, if not rejoice in the contradictions.” At the same time, in defense of some of my colleagues south of the border, some of the time, to be flummoxed and to express that in a retaliatory fashion (“Howard Barker has always occupied a territory somewhere between total theatre and total cobblers”) is a form of compliment. Looked to by their readers to “explain” and finding themselves unable to do so, reviewers surrender even if they couch the terms of that surrender in vaunted superiority.

Brown rounds off his article with “Twenty-one Asides on Theatre Criticism.” Taking a leaf out of his book, a series of asides seems like the right way of contending with the bulk of the material. I’m going to commit the heresy of suggesting that one dips, skims, returns, re-interrogates instead of ploughing through. Can a book like this be harnessed into a cohesive account of Barker’s work? Or should we instead decide that its value lies in the accumulation of uncertainties? If the latter, that should be high praise. Barkerian criticism should pull apart the object of its concerns and itself be pulled apart; a case of “Confused? You should be.” 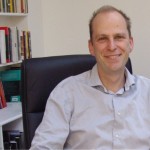 [1] Dominic Cavendish is the lead theatre critic for the Telegraph in the UK. He is the founding editor of the audio archive theatrevoice.com. In 2008, he adapted Orwell’s Coming Up For Air for the stage—the Edinburgh production transferred to Trafalgar Studios the following year, expanded and retitled as Orwell: A Celebration. He has also contributed to a series of short political plays done at Theatre503 in London.

Howard Barker’s Art of Theatre: Essays on his plays, poetry and production work