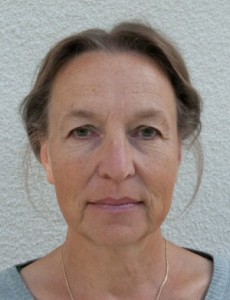 Have we already passed the turning point? Or are we still getting closer to it? The critics of theatre and performing arts are already on line, the printed media are on line as well, and most of them prepare for a future with print as a complement. What does it all mean? How is it going to change the world and the work of thousands of critics? And what impact is it going to have on the art forms for the stage?

We do not know for sure. These are questions waiting for an answer. What is certain is that there is still a wish and longing for criticism, for dialogue and for the expertise. No wonder why the International Association of Theatre Critics has turned this issue into the organizing principle of its last two conferences both held in 2014 (the one in India and the other one in China), and no wonder why Critical Stages, its ejournal, publishes in this current issue, selected papers from both events.

As long as I have been a critic the changes within the profession have been discussed in relation to the new technical means. Today, however, all these developments are radically changing the very profession itself, or, put in more dramatic terms, they are changing the profession to a passion to cultivate when there is time for it.

The ”traditional” critic, the one writing for the daily printed papers, is soon to become a memory. The future looks like going back to the 19th century, when a critic was a free lance writer, combining criticism with other writing business, often for the stage. Think of Théophile Gautier, for example! He could manage; What about us? Can we?

The main task now is to reflect on classical journalist virtues, like independance, for example. Young on-line critics working embedded with festivals seem to challenge this old idea of standing free from powerful theatre institutions and theatre directors. But even theatre institutions find themselves in new roles.

One of the most important tasks for an association of theatre critics today is to provide a forum for the publication of serious and inspiring critical work which would serve both the art forms themselves as well as the audiences’ expectations and knowledge.

This new issue of Critical Stages (#11) is a proof of the great work done by many enthusiastic and qualified critics. The international reader is invited to meet the world of theatre and of the performing arts through the eyes, the thoughts, the analytical skills and the comments of critics from around the world.

[1] Swedish theatre and dance critic, a writer and researcher in dance history. She writes for the daily national paper Expressen, and has written a number of books on the performing arts, the latest on Mats Ek, with photographer Lesley Leslie-Spinks. Her special interest in dance and puppetry has often led her to the Asian classical stage arts and increased her curiosity about contemporary ones.