Sun-woong Koh (b.1968) is a highly sought-after Korean theatre director and playwright who also founded the Theatrefactory Mabangzen. He is well-known for being both provocative and inspiring, and possesses a profound understanding of human beings based on much introspection. Stating that: “Theatre is fiction, but there is truth in it,” Koh points out that the essential focus and primary characteristic of his theatre is in the “playing.” He further explains that “my theatre is all about playing, […] so we need to play ‘well’ and have fun, too. I believe this approach infuses our lives with vitality, broadens our spectrum of imagination, and ultimately comes to touch a string in all our hearts.”

Koh creates his personal aesthetic world based on concepts of playfulness and epic impulse. Since he believes that theatre cannot be disjunctive from society, there are serious themes to fathom in his works. However, when it comes to expressing something meaningful or profound on stage, he achieves a fine balance between artistry and popularity combined with humor that is freewheeling.

Koh’s adaptation of Shakespeare’s Macbeth, Killbeth (2010) won him rave reviews both at home and abroad. Set in a criminopolis called Serengeti Bay, the power struggles among gangsters never cease. Koh delivers rapid-fire slapstick, parody and humor with a comic twist that employs martial arts on stage to convey movements and thoughts that are strong and physical and charged with energy. The Buffalo Moon (2010), Azure Day (2011), Changgeuk Madame Ong (2014) and Hongdo (2015) are some of his other representative productions that are both well known and highly popular. Crossing over a variety of genres and styles from the classics to contemporary plays and musicals to Korean Changgeuk and youth theatre, it is not too much to say that Koh has created his own stir in contemporary Korean theatre.

As one of the most influential directors in Korea today, your name has become a recognized brand in Korean theatre. There are signature features found in your works stemming from your insightful reflections, stylish staging concepts, and sense of humor, fun and entertainment. What do you think about this?

As Homo Ludens, we love to enjoy theatre instinctively. Personally I have a strong objection to anything too serious, heavy or rigid; for example, a theatrical discourse on subject consciousness, enlightenment or something sacred. For me, theatre should be about play. The rehearsals should have a play like atmosphere as well as the performances themselves because I want the audience to also enjoy theatre as a form of play. At the same time, we must be careful to avoid blatant playing just for the sake of playing. In other words, there should be “something” meaningful involved in the “playing.” This sort of theatrical attitude and perspective probably leads people to view my theatre as easy and fun. Plus, I have been influenced by a sense of my own generation. Having spent my youth in extreme periods of military dictatorship, rapid industrial development and the democratic movement, I came up with the idea that two different emotions, like sweetness and bitterness, could simultaneously be portrayed and even melted together in theatre. A few decades ago in Korean theatre, only the hardships and troubles of life and the heavy feelings stemming from them were depicted on stage. But there must have also been different experiences, aspects and emotions of the events in those periods. And I like to show this other side by twisting the perspectives.

You spent your boyhood particularly attracted to poetry, and as a college student, you participated in a theatre group while majoring in Communications. Before landing in a professional theatre, you even worked in an advertising company. Do you think any of these experiences helped you to broaden your perspectives on people and society and theatre?

Theatre and acting require a level of concentration in order to portray the essence of a character and a certain attitude or perspective. Something becomes a good work in theatre when the audience is convinced or persuaded with a sort of purity that it has received access to this essence. When I studied Communications, I learned how to listen to others and how to understand their opinions. When we create a theatrical work, essentially we are trying to communicate with and connect to the audience. To achieve this, we need a theatrical method including style and form that is clear.

Critics often describe your works as “Koh’s Style” or “Mabangzenish.” What do you make of this?

Whenever spectators experience some sort of catharsis, actors only serve as helpers to stimulate this experience. It is difficult to explain or define a style. But it may be appropriate to say that tragedy never appears tragic and comedy never appears comical in my works. One may feel sadness in a happy moment or happiness in a serious moment. We simply focus on reminding audiences of this special nature or character of our theatre.

Would you elaborate further on your theatrical style and aesthetic attitudes?

I do theatre my own way, not so seriously and sometimes quite daringly and playfully against the rigid formality of conventions. But there are always rules even when playing and so I try to make and keep these rules. If the rules are concrete, the work could be good. Depending on the situations we face and with whom and what we are playing—my theatre pursues different styles and forms.

You seem to put great importance and value on the sounds of words more than the meanings of words.

I do. Audiences don’t have to literally understand every word or meaning. When we need to deliver feelings and not meanings, we should concentrate on sounds. It is important to recognize whether actors really enjoy speaking their lines. While I was experimenting with sounds, I tried a certain method, calling it the “Pushing-Away Speech.”

Tell us about the nature of this “Pushing-Away Speech.”

Basically, it means no accent, no change of tone and no pause, literally just pushing away lines. By doing this, audiences can easily get it. If we highlight certain words or sentences, audiences will end up being controlled. If they can listen to the speech in an easy uncontrolled mode, they can understand the meaning well. However, actors are so used to using highly theatrical speech styles that the essence disappears. I ask the actors to just spread the words in a light single tone, and then a natural dynamic variation will occur.

Your recent work Changgeuk Madame Ong, based on a Korean classic text, received enthusiastic responses. What are your ideas about the future development of Changgeuk?

The possibilities are infinite. If we limit Changgeuk to certain definitions or traditions, it will be no different than a taxidermy display. We need to rejuvenate our approach to this traditional Korean performance to keep it alive. Another concern has to do with the texts in which too many classical Chinese words appear. It is important to adapt them to our contemporary circumstances, while preserving meaningful literary qualities.

We need to consider how international audiences can understand and enjoy Korean texts. I want to minimize subtitles by replacing them with actors’ movements. My priority is to create an easily accessible and communicable form and text.

Last question, Mabangzen marks its 10th anniversary this year. What are your personal plans for the future and those for the theatre?

This year, we are restaging The Stainless Steel King and will continue local tours with Hongdo. Azure Day will be closing after its fifth year of annual production. Personally, I am in the middle of creating a new musical Arirang based on the Korean novel by Jung-rae Cho, which will be staged in July. As I get to know more about the Korean Independence Movement against the Japanese Colonization and our modern history, I feel my heart becomes too hot to breathe. I will be working on The Orphan of Zhao, originally written by Ji Juanxiang to be staged at the Myeongdong Theatre in November. For this project, I have been deeply considering how to present the theme of revenge in our time. This old Chinese text is full of “cool” cruel and brutal violence in the name of punishing crimes. As we are living in these vengeful days of terrorism where IS and other brutal attacks occur, such a theme pushes me toward more artistic responsibility. When two wrongs do not make a right, how can we stop a chain of revenge? This critical issue will be key to approaching this play. 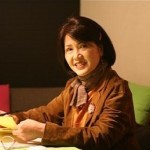 [1] Theatre critic and professor of Seoul Institute of the Arts, Soon-ja Hur has just completed her four-year term of KATC’s Presidency. Also, a former President of the Korea-Japan Theatre Exchange Council, she is currently serving for a number of theatre committees as advisor, board member and judge.