Róbert Alföldi (actor, director) was the director of Hungary’s National Theatre from 2008 to 2013; he was only 41 years old. His term saw a sharp turn in politics after the Fidesz party’s 2010 election landslide. This forced Alföldi into never-ending political and media battles: he has been accused, among others, of liberalism, modernism, cosmopolitism and immorality. For the National Theatre, nonetheless, this was a period of extraordinary success, due to its repertoire and company. The classical plays went along with modern dramas and new Hungarian pieces, the directors were selected on a wide range concerning the artistic views and styles. The audience would queue up at the box office all night; footage of the crowd would go viral on the internet. The theatre’s company and performances were well received by the critics and the professionally competent authorities as well.

Since the end of his directorship of the National Theatre, he has been directing in various theatres in Hungary and abroad. He frequently voices his opposition to the policies of the current Hungarian government and he has participated in Gay Pride. In the last season he directed ’Danton’s Death’, where he relied on the transferability of the piece’s political message, and most recently, ’The Cage of Follies’, where he poured scorn on the homophobic trends in Hungary. His artistic talent is downright and evident; his artistic ideal is the scenic, expressive, socially sensitive and critical, yet popular and digestible theatrical composition.

We have a personal relationship, although that is not common or natural between theatre people and critics. Do you remember how we first came into contact?

Of course I do. You wrote an article about my ’Merchant of Venice’. You said I was lacking the talent to re-interpret Shakespeare but have a fascination for trendy, extravagant but empty theatrical shots.

I remember differently. I simply hated that you killed Shylock in the end, because I felt that you adulterated the drama.

Anyhow, I said in an interview that you should have chosen a different profession. Then you wrote me an email, then…

… Then we had a coffee, perhaps, and since then we may call this a friendship.

A friendship in the private sphere; there is no friendship on the professional side. You are my strictest, sometimes harshest critic.

Then we made a book together: a memento of your five years’ spell as director of the National Theatre. I wrote a portrait of the theatre, with lots of data and interviews, and you wrote comments on what I said.

Yes. It was a hard and happy job. It was the last season; all of us knew it was the end. It was then that I had to think about it all over again, to evaluate and to draw conclusions about what we’d been doing, what we’d achieved.

Fine—this much about the personal aspect. Now let’s see what you think about theatre criticism in general.

In general? Nothing. In particular? A lot. Theatre criticism—any kind of criticism—is in a very difficult situation today in Hungary. There are periods favouring criticism in general—this is not the case now. Still…

– I think criticism is an essential part of the art of theatre and of theatre-making. Not only because it is a kind of orientation for our audience but because we, theatre people, cannot do without it.

Could we call this empathy? Simply this?

In a way, yes. But they should be empathetic not with me or the actors, but with the performance itself. They should accept the language, the style, the framework of the performance. Analysis should be given within that framework. This may sound banal and commonplace, but it is less than obvious in practice. The criticism is always about the performance on a specific night.

Is it a sort of written reconstruction of the performance? Is that the duty of the critic?

It is simply acceptance. It is not liking, approval or applause. Interesting: if I see that the critic has understood the performance and accepted its language, and that he is focusing only on what he has seen, I don’t feel it offended if he dislikes or even hates it. It is not personal—it is about a piece of art. It is a clash of opinions, tastes, that’s all. It does not hurt.

What do you think about the present disposition of Hungarian theatre critics? Our job has become extremely difficult lately: we have to criticise and to protect at the same time.

I think that our critics are confounded and resigned. Theatre as a profession, as a form of art, is in a very difficult situation. Professional solidarity, empathy and encouragement are needed more than ever to counteract the present political constellation and swing theatre back to its place as an art with a social context. I’m not saying that this has to be done by the critics alone, but I don’t see many colleagues doing anything about it. All I see theatres—and many critics—do is more or less accumulate to the circumstances.

What does that mean?

There are no straightforward articles, no visible-audible, clear and unequivocal opinions. ’On the one hand’, ’on the other hand’. I know we should talk about aesthetic issues of various artistic trends in contemporary Hungarian theatre. But for this we have to wait for better times. The focus right now is on more of an existential issue: how can we make theatre survive. Think of the distant future: what kind of theatre do you see there? And what kind of theatre criticism?

I don’t see that far. I see that criticism, like cultural issues in general, is put at the end of the list in the media, so we have hardly any space to express our opinion.

How can you say this in the age of the internet? Anybody can express any kind of opinion and there will always be a public to read it. You theatre critics should form a strong and loud choir to help the audience find what’s worth finding.

Let’s see what kind of theatre-criticism you favour. There are strong theoretical trends and there are popular, service-like articles.

In everyday practice, I expect reviews to help guide the audience. I am, of course, interested in theoretical disputes—in times of peace. But this is a time of war, let’s face it. I expect the critics and their reviews to be my ’hinterland’, as high an expectation as that is… 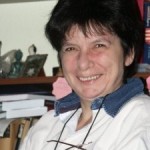 [1] Judit Csáki is a free lance theatre critic for Hungarian weekly Magyar Narancs; she is the editor-in-chief of the critical website called Revizor; associate professor and chair of the Dept. of Theatre in Kaposvár university.