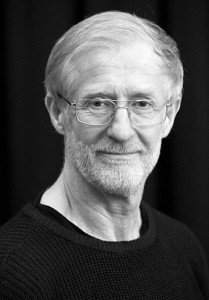 Today, Mats Ek is one of the most appreciated choreographers in the world, and since returning to theatre in the 1990s he has been praised for his reinterpretations of classical dramatic plays with the addition of dance.

I would love to be able to say that I do not care about reviews. I have always tried not to read or listen to them, or to pay any attention, but I confess, my dependence is repressive towards criticism. Myself, I am my own most severe and hardest critic, but I cannot avoid noting that some things put into words in a review might recall points I have overlooked. Once in print, I can see their point. On the other hand, it also stresses the responsibility of the critic. And I am not a fan of ideas that “anyone” might, just as well as anyone else, write a review.

Mats Ek’s lifelong work—he is now nearing 70—started with theatre and contemporary or experimental animation theatre in a small venue with modest possibilities but great freedom. Ek’s version of Büchner’s Woyzeck was first performed with body-masks there in 1967, before it was a pure dance performance with the Cullberg Ballet ten years later. When he had turned to dance and joined his mother Birgit Cullberg’s dance company, it was the first contemporary and touring company in Sweden. After quite some years as a dancer, it was clear, at least to himself, that his creativity was as a choreographer rather than as a dancer.

Dance criticism and theatre criticism in the 1960s and ‘70s were two separate worlds, even if post modern dance had shaken up the fields of fine arts, music and literature. Looking back, it is difficult to imagine what dance critics of the period were thinking when they put up a defensive line to protect classical ballet, which was experiencing a renaissance at the time, with stars such as Rudolf Nureyev taking a large part of the limelight. Mats Ek created Soweto with the Cullberg Ballet in 1977, one year after the riots and shootings in the South African ghetto. He created his dance version of Lorca’s House of Bernarda Alba in 1978, and American critic Walter Terry wrote, in an overview of Cullberg Ballet for a (now defunct) Swedish dance magazine: “Who cares about Mats Ek’s opinion on social differences or any of his views or political positions?” In fact, Terry was not entirely negative about Ek’s Bernarda—but to have the role of Bernarda, the oppressive mother, danced by a cross-dressed man, this he found too raw and brutal, especially because the dancer opened his shirt and showed a hairy chest. This was “stepping down to drag-show level,” claimed Terry, who also found Mats Eks works ” childish and extremely naïve and vulgar.”

Already well established in the 1980s and much applauded, Mats Ek shook the critics with his first reinterpretation of the classical ballet piece, Giselle (1982). This, his first time, the choreographer made his re-reading or reconstruction of a piece of classical ballet choreography much milder than either of the later, more drastic reinterpretations of Swan Lake (1987) or Sleeping Beauty (1996). (The original Gisellefrom 1841, with the music of Adolphe Adam and choreography by Jules Perrot and Coralli, was based on a German folktale by Heinrich Heine, all together one of the purest examples of romanticism on stage.) Mats Ek used Adam’s original music and a similar storyline, but the innocent country girl, Giselle, was depicted as an outsider, a strange and perhaps even disturbed young woman, who falls in love with the much richer Albrecht. The second act, which is danced in the moonlit woods of the fairies in the original, was turned into a mental hospital where young women betrayed by love were separated from life, family and loved ones. He had turned romanticism upside down and objected to its views of both men and women, and not least, on sexuality.

Dance critics were upset and accused Mats Ek of destroying the beauty of the classic saga with his contemporary dance style: flexed feet, lines close to the floor, showing both mental and physical love between lovers. Ballet fans found it disgusting.

Sometimes criticism has been useful. Sometimes it has been a shock. Some of the critics in Sweden understood my Giselle, some not. A few years later I made Rite of Spring and had very bad reviews. I was even accused of sadism when showing the brutal destiny of the sacrificed woman. Although I did not agree, it made me reconsider my work to some extent.

The Rite of Spring, one of the earliest classics of modernism, has challenged many choreographers, but Mats Ek wanted to confront the story of a human sacrifice with ritual and the strict, traditional Japanese theatre, a theatrical form that had fascinated him already as a very young theatre artist.

It is always a joy to feel that you are understood. A positive review might be a liberation, giving a sense of freedom. Looking back, it has been during the international tours that I received the most encouraging reviews which made my reputation, not in Sweden. In Germany, France and Italy the response was mostly powerful and great. A piece such as Giselle has been seen and understood very differently in different parts of the world, Swan Lake had bad reviews in Sweden, but was sensationally praised in France. Sleeping Beauty was both praised and turned down in Germany.

Today the reviews are shorter, I can feel that the critics do not have the same safe position within their papers and editorial staffs. When criticism is at its best, it is like a conversation, there is communication. Earlier the same critic might have been able to follow my work over the years, it had a great value for both them and me. They had a power position within the newspapers which today is gone. In Germany alone, some of this remains the same. A paper such as Frankfurter Allgemeine still publishes very long reviews with little or no photos, they seem to trust an exchange going on between the reader and the writer.

Vinyl records are popular again today and sought after, maybe a similar renaissance could come for those deeply interested in reading about dance? Maybe magazines will prove to be an alternative, when daily papers are wiped out and social media is taking their place. To me the internet world is strange and unknown, but I also see another consequence within the theatre houses, such as Dramaten, the National Theatre in Sweden. When working on a new production I am, in the early stages, encouraged to present something that can be posted online. The theatres are nervously searching for ways to be seen and heard. They have great difficulties reaching out in a vast and never-ending flow of news and events.

More and more, opinions take over, opinions are expressed in blogs and webs. A general opinion maker could have a point, but I am more interested in what really is being expressed and the profound meaning of what is printed or broadcast. Today, people do not watch national television, the common references to ”everybody” is gone, only a few have a deeper insight in news or cultural events. I have always tried to “never mind the critics,” but it does not always work.

Early on, Mats Ek created dance theatre, and then from 1993, when he left the Cullberg Ballet as an artistic leader, he continued as a choreographer in parallel with taking up theatre work again. At Dramaten, a suite of theatre-with-dance sequences has renewed classics such as Molière’s Don Juan, Shakespeare’s The Merchant of Venice and Racine’s Andromaque. Dance between the actor-dancers and dance performed as solos, not unlike an operatic aria in function, replaced some of the text that had been cut out. Chekhov, Strindberg and others have followed, and in 2012, the centennial year of Strindberg’s death, Ek opened with Strindberg’s Ghost Sonata seen as a retreat for old people. The reviews could not have been more enthusiastic, when old Strindberg came out as a contemporary, wild and crazy, yet sane and humane playwright picturing the drama of getting old.

Theatre critics are surprisingly ignorant about dance, in general terms. They are equally astonishingly weak in judging acting, scenery and in seeing the difference between the concept and the directing. They relate to the text almost exclusively and many other parts of the stage work are not observed, not mentioned. Some theatre critics have an agenda of their own, and they miss a lot!

I cannot relate to “likes” here and there, to “tweets.” The democratic aspect and potential is obvious, but more serious criticism tends to be more and more academic. In the quick-response criticism online, I miss the deeper thinking, the more profound reflection. It is true that many more women are critics today, but in my case I can see no difference in skill between men and women writing on the performing arts. Some critics are very good, a true treasure for the art, some are simply without talent.

In all this I am a pessimist. I miss the conversation-like relation between artist and critic, even if I know this memory is infected with nostalgia. 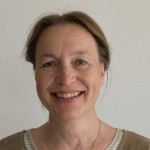 [1] Margareta Sörenson is vice-president of the IATC and responsible for the IATC international conferences. She is a Swedish theatre and dance critic, specializing in visual and crossover performing arts, as in the specific case of contemporary puppetry. During the centennial commemoration of August Strindberg (1849-1912), she wrote a play for young audiences on Strindberg and his youngest daughter, showing how the divorce almost broke their relationship, but it was saved in the end. Sörenson is the author of several books on performing arts and children’s culture, having recently published a book on Mats Ek, with photos by Lesley Leslie-Spinks.