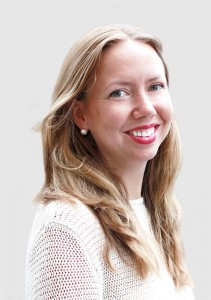 Theatertreffen in Berlin, Germany, May 2014.

A horse, a group of child actors, and the mystery of Kaspar Hauser. Alvis Hermanis’ outlandish theatre performance is one of the crown jewels of Theatertreffen 2014, the best of the preceding season in German theatres.

When the story of Kaspar Hauser was transformed into theatre in Finland’s Q Theatre in winter 2014, it was done by two of the youngest talents in the theatre field, Akse Pettersson and Johannes Ekholm, both born in the 1980s.

The audience in Berlin, however, gets to see Schauspielhaus Zürich’s version, staged by the established Latvian director, Alvis Hermanis, who since the 1990s has made an outstanding career in his home town Riga and in prominent theatre houses all around Europe.

The myth about Kaspar Hauser, a boy who popped up out of nowhere in the streets of Nuremberg, Germany, in 1828, is at the very least mysterious. At first the young man can neither speak nor write. After a while a a story about life spent in imprisonment is unveiled.

The tale about the boy who had lived isolated in a dungeon became first page news in all the European papers in the nineteenth century, and was one of the first worldwide media circuses. Who the boy really was is still unknown. We can only speculate and botanise in the different theories.

The performance uses symbols and references, from poetry fragments to Debussy’s prélude Footsteps in the snow. Hermanis also revolts against rules of good taste and introduces children and an animal on stage. The audience is welcomed by a moon white horse—it is stunning, almost unreal, but still a living, breathing creature.

It is hard not to look at the horse, its long mane and the dark eyes glancing through a thick, white fringe. The animal eats and defecates on stage and therefore represents everything people in the western society only can dream about: To be, not to think.

This is not the first time Hermanis tackles Kaspar Hauser. With his Riga company Jaunais Rigas Teateris he produced a version in 2003, written jointly with the German dramaturg Carola Dürr, that time with a donkey on stage drawing attention to its bodily functions.

Kaspar in the land of Lilliputians

Helpful citizens of Nuremberg dig up Jirka Zett’s Kaspar from a pile of sand. He is big and clumsy and the scene has many similarities to Jonathan Swifth’s Gulliver’s Travels where Gulliver’s stay in the land of the Lilliputians is a critical allegory of society.

Here the citizens of Nuremberg are played by children, masked as old women and men.

The child actors do not move freely on stage, instead adult puppeteers control them and speak for them. When the curtains are pulled aside, something that looks like a doll house is revealed.

The house is furnished in Biedermeier style with fudge colored wood, striped wall paper and rounded shapes. Whereas the Finnish Kaspar Hauser was a homage to the aesthetics of popular culture of the 1990s, the Hermanis version is a grotesque bourgeois dream. But both versions are evidently interested in Kaspar as a projection screen for Western culture.

Kaspar learns table manners, listens to classical music and poetry recitals but the matter of truth is harder for him to comprehend. He is as uncomfortable in this society as the white horse is on stage.

In a cute and comic way Hermanis makes fun of the bourgeois society, and of its quest for the ”truth.”

However, the performance leaves me confused: Is this just a grand circus show or is there a more profound meaning? We are witnessing a big lie: girls dressed as grannies, a boy who claims that he cannot speak, a tall tale we still want to believe in.

Theatertreffen is sometimes criticized for being an exclusive club for state and municipal theatres. And how come only two out of ten directors are women?

None of the theatres invited to this year’s festival has caused such a buzz as the small Berlin-based theatre Maxim Gorky has during the past year.

Maxim Gorky is without doubt the hippest theatre institution at the moment, the youngsters in the theatre lobby are a sign of this.

So what is so appealing to these girls and boys with their checked shirts and trendy eye wear?

When Shermin Langhoff became artistic director of Maxim Gorky in 2013, the theatre got a new spark and a repertoire with edge, depth and relevance.

Langhoff, born in Turkey, is often described as ”the first artistic director with Turkish roots to run a state-funded theatre.”

During her rule the ensemble has been renewed: Many actors have roots that stretch far beyond German borders. In other words, Maxim Gorky is a more realistic representation of today’s European society.

This feeling also strikes me when I see Sibylle Berg’s wonderful play Es sagt mir nichts, das sogenannte Draußen (That So-Called Outside Doesn’t Mean Anything to Me)

Four girls with nerdy glasses, oversized sweat shirts, untidy hair and sour looks upon their faces enter the stage. These girls refuse to flatter the audicence. With their unattractive ”home wear” and daring manners they definitely have a subversive potential.

Lacking fancy scenography and sophisticated light design, director Sebastian Nübling still succeeds in creating a performance that is not quite like anything I have ever seen.

He goes ”back to basics,” uses the Greek choir to bring about an explosive text about today’s society.

The quartet Nora Abdel-Maksoud, Suna Gürler, Rahel Jankowski and Cynthia Micas carry the text which they perform with strenght, intelligence and humour.

This is not an everyday story about a young girl coming of age. The girl becomes our vessel through which we travel through the 2010s — she goes to parties, dances dub step, drinks heaps of alcohol, and has an enourmous, explosive desire. This is also probably the first time I see girls getting the chance to talk technology in a theatre performance — here they hit topics such as the NSA and encryption.

Sebastian Nübling creates a rough, rhythmic performance where body and text fill up the stage.

Tabea Martin’s choreography is a witty mix of aerobics and hard, gesticulating hiphop-arms.

Third-wave feminism meets a highly ironic analysis of the consumer society in this wonderful performance. A bonus is that almost all performances at the Maxim Gorky come with English surtitles. 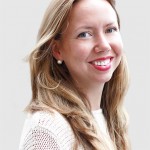