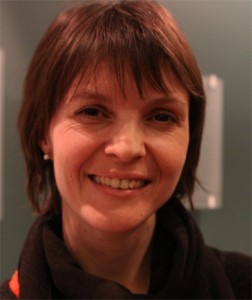 Moscow Gogol-Center was opened in 2012 under the leadership of director Kirill Serebrennikov, who in a short period of time remade the old-fashioned Gogol Drama Theatre into a broader, multi-functional cultural place for so-called creative people and youth. The renovation of the Gogol Theatre was carried out amidst strong resistance from the supporters of the previous artistic director, Sergey Yashin, who led this theatre for the previous 25 years. It is an ordinary Soviet practice to hold on to one’s official position from the beginning to the end without any changes. That’s why the cultural policy of Moscow Cultural Committee encounters opposition from the old generation of theatre leaders who are still considered to be powerful. But in spite of this, and with the support of the city’s authorities, the new space appeared in February 2013 and attracted a lot of interest from those audiences who usually prefer exhibitions of contemporary art to theatre.

From the beginning, the Gogol-Center (situated close to the Kursky Railway Station with old, dark and narrow passages, with homeless people living there in poverty) and its creator, Serebrennikov, suggested a program of shows inspired by famous film scripts, such as Luchino Visconti’s “Rocco and His Brothers,” the “Idiots” of Lars von Trier, and the “Fear Eats the Soul” of Rainer Werner Fassbinder. These three have been turned into a trilogy on stage and have premiered one after the other since February 2013. The trilogy uncovers different spheres of ordinary and not-so-ordinary people living in Moscow now.

In the first one, retitled The Brothers, the story of young newcomers to Moscow from a small Russian city, involved us in a brutal world of complicated decisions and circumstances which made the protagonists become stronger. Their own ambitions led these three brothers to restrict themselves to their own families and to sever any connections with each other. The big city is the only winner in this mortal struggle. The audience sits around a big circle that is easily transformed into a boxing ring or to an arena of lovers’ struggle and intimacy. All the actors carry microphones—not only because of the bad acoustics inside of the Large Stage but also for shortening the distance between spectators and artists. We can hear even whispering, not only the shouting which filled the space with fighting and despair. This is the first theatre experiment of the 40-year-old Russian movie director, Alexey Mizgirev, whose films are focused on the social problems forced on ordinary people in the big city. His “Heart of Stone” (Kremen, 2007) is a prime example; in it, a young policeman learns very quickly from his older colleagues to disdain human life and to kill. That’s why the process by which mutual cruelty increases in the social circumstances of the Russian capital became the most important subject of the show. It was properly turned into a stage play by Mikhail Durnenkov, one of the talented new Russian playwrights, who renewed Visconti’s version by transferring it to a local context. This effectively staged and brutally acted production tried to break a strong, invisible wall which exists between the quite well-off and self-satisfied so called creative class, and the danger-ridden life of the foreign work force that floods to the capital of Russia looking for good work, a salary and happiness.

The Idiots looks like a manifesto for the protesting mood that was erased with force in Moscow and other cities. A strong, rebellious will among young people and a total absence of fear are the two main things caught by Serebrennikov in this production. There is a group of friends living in apartments that belonged to the aunt of their informal leader. They spend their time searching for different kinds of extreme adventures and for a sense of life. They steal food and alcohol from the supermarkets and make love with each other. They are free, lucky persons rejected by the official society but who suddenly acquired recognition here, in a small marginal group. But this happy life ends because the local authorities perceive this community to be mixed up in illegal activity, and because of the communities’ internal ideological conflicts. But at the end of The Idiots, people with Down’s syndrome come onstage and greet the audience. This action, which was intended to be a humane conciliation with brutal reality, in fact leaves us with a controversial feeling of ethical disorder for the exploitation of these people on the stage.

Lastly, Fear Eats the Soul, based on Fassbinder’s movie and directed by young Vlad Nastavshev (Latvian by birth and graduate of Lev Dodin’s course at the St. Petersburg Theatre Arts Academy), is transformed into a quite straightforward love-story between a young Tajik guest worker and an intelligent elderly woman who lives in central Moscow. She can’t imagine what is must be like to take turns sleeping because the beds of a small hostel room cannot accommodate everybody at one time. She tries to defend her new friend against the negative attitudes of neighbors, colleagues, the owner of the small grocery store, and her own daughter, but they refuse to accept the newcomer at all. After her marriage with the Tajik, life seems to get better, and even the old women who were so against the immigrants now feel something like envy toward her. But neither happiness nor equal partnership is possible between the representatives of different cultures, religions and social statuses.

All three shows done during of the first season of Gogol-Center respond to the demand of the modern Russian audience to see on stage something concerning our inner problems. Of course, the New Drama movement at the beginning of the 2000s has already been occupied with this. But now it has spread to the new and quite large theatre spaces and attracted a new audience. At the same time, these pressing productions focused on such hot subjects cannot keep up with the pace of the times—because Russian reality gives us more burning points every day. 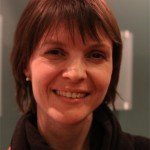 [1] Christine Matvienko (born 1974) lives in Moscow, Russia. She is a theatre critic and researcher. She also works as artistic director for New Play Festival (Moscow). Her Theatre Research PhD is from St. Petersburg State Theatre Arts Academy. In addition to her critical work for Russian newspapers and magazines she has worked for the New Drama Festival, managed playwriting and documentary theatre workshops in Russian theatres and was, for two years, an assistant to the artistic director of the Stanislavsky Drama Theatre. She currently curates the Russian Showcase of the Golden Mask festival (2013 to 2014).