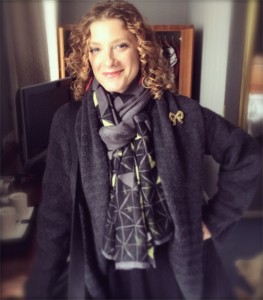 When the IATC’s Ex-Com met in March 2014 for a round of European theatregoing, we were presented with a roster of three interpretations of classic works, all produced by French theatres in the Normandy region, each enlivened and rejuvenated by a strong directorial vision. At Comedie de Caen, we saw Samuel Beckett’s Waiting for Godot. At Cherbourg’s Le Trident, it was Pierre Corneille’s Le Cid. In Rennes, at the Theatre National de Bretagne, we saw Thomas Ostermeier’s radical reimagining of Henrik Ibsen’s An Enemy of the People (Ein Volksfeind), touring from Berlin’s Schaubühne.

Directed by Jean Lambert-wild, Lorenzo Malaguerra and Marcel Bozonnet, Comedie de Caen’s Godot used immigration as a metaphor for Beckett’s existential displacement. With two African actors (both hailing from Cote d’Ivoire), Fargass Assandé and Michel Bohiri as Gogo and Didi; Lambert-wild’s own Lucky, with a red nose and grey striped pajamas recalling a concentration camp uniform; and Bozonnet’s Pozzo, a grey-haired portrait of power in decline, these directors walked the line between defying and respecting Beckett’s wishes for a “universal” interpretation of his work.

The production worked as a tableau of an economically impotent France, tethered to its failures–colonialism, collaboration–propped up by an influx of immigrants (literally, as Pozzo stood between Didi and Gogo, an arm thrown over the shoulder of each as they supported his weight). It was also the first Godot I’ve seen to place Lucky in the forefront, and Lambert-wild delivered the character’s monologue in a desperate, aching tumble. The more frenzied he became in his desire to communicate, to wring meaning and connection from sentences that can never connect, the more despondent his expression. It was a remarkable interpretation, but was also the production’s most developed characterization.

If Lambert-wild’s Lucky was extraordinary, despite their thematic overlay, Didi, Gogo and Pozzo’s interpretations remained ordinary. Didi and Gogo’s relationship never transcended the stage, and, aside from Assandé and Bohiri’s national origin, remained a standard interpretation of the pair, with a rather patient wait. Bozonnet’s Pozzo also paled beside Lambert-wild’s Lucky, which may have been the point. A nation can never completely suppress the violence in its history, and perhaps in Comedie de Caen’s Godot, Didi and Gogo’s wait–for the old France to concede defeat and accept the new–is nearing its end.

It’s difficult for an English-speaking theatregoer to avoid comparing Le Cid to Shakespeare’s Romeo and Juliet, not only for its thematic similarities (young lovers from warring families), but also because both texts are ubiquitous in schools. And much as directors in my native United States modernize productions of Romeo and Juliet in order to appeal to audiences well-familiar with the work, Anglade’s effort attempts to make of it something both darker and more immediate.

Unfortunately, the production ultimately ends up distracting from Corneille’s text (Remember those halyards? They separate, line up and swing circles around the cast whenever an emotion shifts.), and contradicts Anglade’s own intentions. Directing the actors to perform in an antiquated, presentational style that begins at full-volume and remains there throughout, she undermines the connections it might have with the present, and subsequently dampens much of the play’s humor.

However, there was no mistaking Ostermaier’s version of Ein Volksfeind (An Enemy of the People, adapted by Florian Borchmeyer, original premiere in Berlin September 2012) for a classic stuck between worlds, belonging to none. Ostermeier’s production is artisanal Ibsen, populated by yuppie aspirants costumed as hipsters in flannel and skinny jeans, and January Pappelbaum’s design, with line drawings of imported status symbols–Eames chair, IPhone, Bugaboo Stroller–bedecking the set’s chalkboard walls like sugarplums. Even the tunes (chosen by Malte Beckenbach) played by Dr. Stockmann and his merry band of journalist/musician pals implied imported, self-consciously curated taste: Gnarls Barkley, Bon Iver, David Bowie.

During a post-show Q&A, Ostermaier admitted his disdain for the play, noting that it was Hitler’s favorite. To this end, his direction of Stockmann’s grand speech, a plea for the people to stand with him against government and business interests seeking to suppress evidence of pollution in the city’s hot springs—mimicked Hitler’s speech in Leni Riefenstahl’s Triumph of the Will. The white podium, its rhythms, actor Stefan Stern’s floppy side part, all implied that if you’re not with Stockmann, you’re against him.

But the audience was implicated from every angle. We were asked to raise our hands if we agreed with Stockmann’s plea to defy the town leaders’ deception. We were asked to grab a microphone and air our grievances; Ostermaier claimed that his perfect production of Ein Volksfeind would devolve into anarchy. It hasn’t happened yet, and when it didn’t happen, the cast, after a while, directed the action back to the stage, where Stockmann was pelted with paint balloons that splattered everywhere and, once Stockmann returned to his apartment, required all those pretty trinkets on the chalkboard to be wiped away.

There’s a bit of Ostermaier wanting it both ways here. The production is perhaps too genial, its actors too young and likeable, its wink and a nod ending–Stockmann and his wife realize with a gasp that their unwilling interest in the baths will mete out a handy profit–too clean. Or is that the point? By enjoying our time with these ethically challenged and blandly bourgeois millenials, by agreeing with and subsequently turning on Stockmann, are we also enacting the banality of evil? By not speaking up when it’s our turn, or by speaking up, is Ostermaier offering us all the rope we need to hang ourselves? I’m still undecided on all of it, but entirely appreciative of Ostemaier’s provocative take on Ibsen. It’s a wolf in sheep’s clothing, and it left me with the suspicion that I, like many audience members and citizens before me, was indeed easy prey. 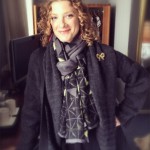 [1] Wendy Rosenfield (Twitter @WendyRosenfield) writes freelance features and theatre reviews for online and print publications including The Philadelphia Inquirer. She was theatre critic for the Philadelphia Weekly from 1995 to 2001, after which she enjoyed a five-year baby-raising sabbatical. She serves on the executive committee of the American Theatre Critics Association, was a participant in the Bennington Writer’s Workshop, a 2008 NEA/USC Fellow in Theater and Musical Theater, and often serves as guest critic for the Kennedy Center American College Theater Festival’s Region II National Critics Institute. She received her B.A. from Bennington College in Bennington, Vermont, and her M.L.A. from the University of Pennsylvania, in Philadelphia. She is a fiction writer, was proofreader to a swami, and publications editor for the Women’s International League for Peace and Freedom.

Everything Old is New Again