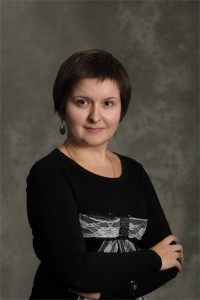 Alexander Pushkin’s Eugene Onegin is studied, drilled and parsed stanza by stanza at school in Russia. This “pied collection” is unforgettable, which, however, doesn´t prevent our knowledge of the novel from becoming rusty. That is why we keep rereading it. Here I quote from Charles H. Johnson’s English translation (Penguin 1977). Rimas Tuminas didn’t aim at brushing up the viewers’ memory of the novel. He hasn’t become its illustrator either. The Lithuanian director has wisely presumed that everybody knows “our everything” in Russia. Nobody calls for riding from chapter to chapter, “as horses whirled him through the dust” (ch. 1, st. II) endeavoring to embrace the immense (“a free romance’s far horizon”, ch..8, st. L), to utter the words without having time to think them over. Pushkin has been read here very carefully, and that turned out to be better than any new readings.

The dark stage seems to be endless. The chandelier on the ceiling will meet with thunderous applause from the audience more than once, rivaled only by the music by Fautas Latenas. The performance relies upon the novel. By the same token, the composer is inspired by The Old French Song, by Pyotr Tchaikovsky in the main theme, giving it unprecedented power and melting the audience’s heart. The motif sounding over and over again, completes the set: first there is a snowstorm, then there is a funeral march; sometimes we hear the waltz of a magnificent ball, sometimes it is a silent cry in the corner… The performance strikes us with its aesthetics. Eugene Onegin is a polyphonic work of literature: there isn’t a single word, or a gesture or a step used casually; everything has more to it than meets the eye. “Eugene was free” (ch. 1, st. IV): and the performance is free from any patterns or clichés. The director doesn´t treat the novel liberally, he just feels free in it. The language of theatre, music and dance, pantomime and art are the building blocks of this performance. The only special effects at hand are intelligence and talent of the authors.

Pupils “beat against each other with swift, small feet” (ch.1, st. XX) on orders from their dance-madam in French and to the accompaniment of the Old French Song. The novel starts with the French epigraph, the performance starts with the dance lesson in French. They sing and, according to the pattern of a dance, gather berries, “heedless of the proud world’s enjoyment” (st. XXX). These beautiful damsels with thick braids dressed in sarafans dance at the ballet barre spanning the full length of the stage. «C’est le théâtre, c’est mon public,» elucidates the dance-madam to the girls and the audience more by a gesture than by a word, making a deep curtsy. Stumbling, she falls down. Lyudmila Maksakova, the black dance-madam, will appear on the stage not once: she will be there in the image of Tatyana’s nurse, she will lead away from the stage those actors who have been fated to appear in front of the audience only for bows (Larin and Lensky).

Wanderer with Domra (Ekaterina Kramzina) and Retired Hussar (Vladimir Vdovichenkov) appeared from the line spacing and became the key characters of the performance. The Wanderer’s character is the brightest page of the play. Silent, but not a God’s fool, she plays her role expressively and the audience guesses the director’s plan only at the end of the performance. Bent, she moves on the stage, running her fingers over the strings. She rushes briskly from one corner to another or shakes her head at Onegin, who is going to Larin’s family, warning him about misfortune. Then, playing the melodies from her wanderings, she tries to raise Lensky from death. She wandered, saw and went through a lot. Following Tatyana relentlessly, she cries with her, when Onegin leaves her, wandering in front of her windows with a legless veteran of 1812, keeping watch over Tatyana’s dreams. Tuminas has changed the gender of the novel, focusing on the female characters. Tatyana, the Wanderer, Moscow, eventually Russia—the performance “set off the ladies like a frame” (ch.8, st.VI).

The retired Hussar, performed by Vladimir Vdovichenkov, is a brilliant role, whose interpretation is equally superb. The Hussar speaks on behalf of the author and characters, sometimes addressing the audience, sometimes the protagonists of the play. Hussar is a storyteller, or, to be more exact, a re-teller of the story, because he can’t improve anything; that is why he drinks. More often out of sorrow than joy. He recites verses and confesses to audience, then he looks out at our time, smiling bitterly, “…about five hundred years for sure our byways will blossom into splendid highway” (ch.7, st. XXXIII). He speaks the truth, and that is hard to do without booze; legless, he goes through the snow-covered stage, using a board on wheels and moving with the help of bottles. Before that, the audience saw his rapier break and his epaulettes fly, but then there, behind the stage, Napoleon’s Russian campaign happened…

The story of Tatyana and Eugene is “well; the destined hour at last comes for awakening, comes for slumber” (ch.6, st. XXI). The slumber itself, whether it be a mist of memories and visions, or a waking dream, is the atmosphere of the performance. “Who never learnt how dreamers babble” (ch. 8, st. X)? There are two Onegins, one mature (Sergei Makovetskiy), the other young (Victor Dobronravov). These two men in black watch each other, playing the plot they know, or rather performing their own lives according to Tuminas. Pusknin’s Onegin is the addressee of the cherished letter; meanwhile Tuminas’ Onegin is a respondent. Wise and experienced Onegin-Makovetskiy smokes on the stage. He looks at the “salted” Onegin-Dobronravov as if he is trying to decide whether the younger Onegin is “a parodistic raree-show” (ch.7, st. XXIV). Young Onegin is really a caricature in the performance. Dobronravov is such a young vampire, Makovetskiy is a demon, but at the end of the play he feels like a demon downcast from the late 19th century Mikhail Vrubel painting. Onegin seems to be charmed as the protagonist from Evgeny Shvarts’ play, The Ordinary Miracle (1956). That is why, feeling love, he runs away: if Tatyana kisses him, he will become a bear. The protagonist needs this “double vision” for an outside point of view of himself. Youth is in charge of actions in the performance: etudes on the theme of a visit to Larin’s family, when Onegin steps on a bench higher than the others, above them all, like a demigod.

Mature Onegin, as if he were that “uncle—high ideals inspire him” (ch.1, st. I), who is setting an example for youth. Both actors recite the monologue in the scene of the “lesson” to Tatyana on the bench: the “double vision” culminates here. Onegin-Makovetskiy turns out to be at a crucial turning point, which could change his life. He runs his eyes over the text, looking for why he is being punished, but finishing the reading, he realizes that everything is right. Only looking at young Onegin from the outside near the same bench, he seems to understand that his words might have been right, but totally out of place. Not even taking the trouble to take off gloves (as if he were a cool-blooded murderer, leaving fingerprints only on the victim´s heart), he states truths while spitting grape seeds to ground. Watching the cruel scene furtively, some of the girls of the dance-class can´t take it anymore and faint. The brickwork buildings of the stage near the pillar are like the revived ancient Greek kores: they would like to interfere, but it is too late and impossible to replay the scene. As if she were crucified, Tatyana would like to stay to weep on the stage and then, as if she were harnessed to it, would like to dash around the stage with the bench. In the second act, the darkened and broken, but not forgotten, bench would like to stay on the outskirts of the stage. Tatiana learnt her lesson well, and later on she will put on a black cloak and, holding a walking stick, she will teach it to Onegin.

“…[L]ong, long ago… no, that could be no dream” (ch. 3, st. XXXI), she wrote, lost in reverie. The brilliant Julia Borisova, when performing Tatiana´s , enters the dialogue with voiceover from Innokenty Smoktunovsky, and charms the audience. Both worrying and recalling, the Tatyanas look at the same small mirror and it seems that Tatyana-Borisova tries to catch her missing reflection. Tatyana tells fortunes with the mirror, a book and a key, but the mirror is too small to see the forthcoming future. She dreams about a bear and the “man she feared and idolized” (ch.3, st. XVII)—Eugene. Everything repeats itself at the end: “bear, blackness, blizzard, bridge and… snow” (ch. 3, st. XXIV), but there is no fear. Tatyana waltzes with a stuffed bear, rounding and disappearing behind the scenes, in the “bear” corner. Lensky gives her a teddy bear as a present for her name day and it “grows” with her…

“Meanwhile the news of Eugene coming… had caused a spout of gossip” (ch. 3, st. VI). There are pages of “the Russian life encyclopedia” in Rimas Tuminas’ production, but the main part of the play is the second part of Vissarion Belinsky’s quotation about the novel—“the national artwork of the highest degree” (in Belinsky’s Alexander Pushkin’s Works. Eugene Onegin, 1849). The Lithuanian director paradoxically expressed this Russian national identity. Here is Russia in all its images: the one, which spoke French, and the other one, which wore felt-boots and salted “mushrooms in brine, for winter eating” (ch. 2, st. XXXII). The slow-paced performance might lack a “fast trot” (“of reason’s icy intimations,” Ibid., XXX), but the stops are meant to draw your attention, and not only to the stage… 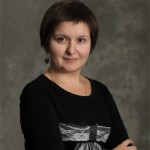 [1] Emiliya Dementsova is theatre critic and script editor-in-chief of the cinema company «Sputnik». Member of Russian Union of Journalists, International Guild of Writers and Theatre Communications Group. Member of the Youth Council of the Theatre Union of Russia. Author and anchorwoman of the program «Theatrical circle» on radio “Journalist.” A cultural columnist for «The Hollywood Reporter», «Komsomolskaya Pravda», «Theatron», «Theatre world», «WORLD 24» , etc. Scholar of the Oxford Russia Fund. Winner of the International Guild of Writers award with the nomination of “Publicism” (2013).