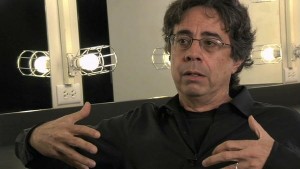 The success of Tony Taccone’s career might offer hope and inspiration to directors in “tributary” arts communities everywhere. Taccone spent the years 1981-88 as head of San Francisco’s small, experimental Eureka Theatre, a theatre quite the antithesis of Broadway’s mainstream, commercial venues. There, he and his cohorts developed, among others, Tony Kushner’s Angels in America, a play that won both a Tony Award for Best Play on Broadway and the Pulitzer Prize, and generally captured more than the usual level of the U.S. public’s interest.

Taccone moved to the Berkeley Repertory Theatre (BRT), where he has now been full Artistic Director since 1997. Berkeley is not only not in New York, it’s not even in the larger West Coast city of San Francisco: it is a university town across from it, in the “East Bay.” Taccone has turned it to artistic advantage that he works away from the “adrenalin” of the U.S.’s better known theatre cities on the East Coast: in Berkeley, he has a devoted audience, committed to intellectual and social engagement—eclectic, adventurous, witty. Rather than satisfy these audiences with conventional seasons consisting of a range of older and newer dramatic classics, Taccone has instead formulated the goal of keeping his local audiences “surprised,” always developing new works along constantly moving aesthetic lines. Then, through a network of professional friendships and partnerships—relationships that have grown organically over Taccone’s decades in the field—shows that were developed at his East Bay theatre can move to larger theatres across the country. With this strategy, he has been able to stage over thirty productions in Berkeley, send nearly two dozen shows to New York (the BRT’s tally on the website includes two shows that moved to London and another on its way to Hong Kong), and move even more to major regional theatres nationally, all the while winning a veritable avalanche of the theatre’s most coveted awards and recognitions, both for his own work and for the theatre under his leadership.

Taccone says that his ultimate aim is to “contribute to the culture,” and he is certainly coming at it in a sustained manner and from several directions. It already takes a special ability to balance the two complex jobs of offering new works locally and nationally. But in addition, Taccone has recently been introducing himself as a playwright, and quickly won the Margo Jones Award for playwriting, for his “commitment to the living theatre.”

Taccone emphasizes that, although he is working both close to home and more broadly, his focus is on challenging those audiences at home, and anything that moves to New York does so on his own terms. To describe the characteristics of the plays he and his teams aspire to fostering, Taccone lists: “a guiding intelligence, a progressive ethos, and imaginative power.”

I invited Tony to make a statement concerning alternative criticism for our Special Issue. We caught up with each other late on a Friday afternoon and made time for a couple of additional questions about his artistic process.

I’ve been teaching and writing mostly abroad for ten years and am just now spending a little more time here. One of my projects is to bring more international focus to Bay Area theatre and its cultural life in general.

I’m afraid I don’t have much to say that would be informative on the subject of “alternative criticism.” It’s too early to tell what it’s really going to turn into:  trendy comments or legitimate feedback. Right now, the entire genre of criticism feels fractured, damaged, and capricious. A testament to the lack of real intellectual discourse. Newspapers have abandoned criticism for the most part: the SF Chronicle gives less and less space for reviews, and feature articles focus more on the personality of the artist versus the content of their work. Bloggers are out there, but the quality of the writing is usually fantastically poor. Twitter is stupid. Period. Sorry to be so judgmental, but it’s the height of reductionist thinking. Maybe okay for telling your “followers” that you just bought a pair of new shoes at Nordstrom’s, but pathetic for reacting to a piece of art.

Anyway, it’s all very early in this tech revolution. Hopefully, there’ll be some impulse to create insightful context within the critical field and people will seek out providers who aspire to revelatory insights.

Tony, those remarks alone further the discussion. I also have a special interest in how things outside the theatre influence or inspire someone’s work in the theatre. For example, Sidney Poitier fell in love with astronomy, and Jack Nicholson with modern painting—they’ve both talked about a kind of interplay these have with their acting work. Biochemistry, flower arranging, boat racing—directors have told me about these and more. Anything outside the theatre itself make what you do in the theatre richer, deeper, more satisfying for you, more… something else?

Honestly: everything. Every single thing. My father (an artist) always said that the secret to life was curiosity, which I heartily believe…

I’ve been writing a lot lately, so, observing people, observing writers… watching myself to understand how I compromise my powers of observation…

I recently took a 12-week cooking class to learn more about the culinary arts… it all leads into the funnel, where it gets channeled, fed, and processed by the unconscious and spit out again in the form of something called art…

Directing requires a lot of leadership and management skills, in addition to conceptual sophistication and the ability to translate ideas into action. Writing is more personal, requiring more access to one’s inner life and a reverence for everything invisible…

So yeah: every single thing.

Well, I have a lot of further questions about all that—but here’s a different question: You’ve spent your life in the arts, particularly theatre-related arts. How has your thinking about your work changed over the years? I mean, your “creative process,” or your “approach,” or something like that.

In short, I’ve slowed my breathing down. I listen more. I’m still very driven by planning and I don’t really believe in improvising Shakespeare or crowd scenes, but I have more patience and confidence to let other “things” emerge from the actors.  I’m much more comfortable with silence. I also believe in working on more than one creative project at any given time. Not so much when I’m in rehearsal, but I find that moving off the obsession of one project to focus a bit on another is healthy… it can release one from the exhaustion of rolling the same problem around in your head (that’s going to happen anyway), so finding a way to break up the mental process can be liberating. 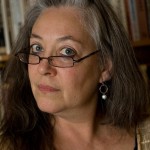 [1] Lissa Tyler Renaud (M.A Directing; Ph.D. Theatre History/Criticism) is director of InterArts Training, based in Oakland, California. She has taught, lectured, and published widely on acting, voice, body alignment, dramatic theory and the early European avant-garde throughout the U.S., at major theatre institutions throughout Asia, and in Mexico, Russia and Sweden. Recipient of Ford Foundation and National Science Council grants, she is an award-winning actress, a director and popular recitalist. Publications include her co-edited volume, The Politics of American Actor Training (Routledge 2009, 2011) and her chapter on Stanislavsky’s voice and movement work (Routledge Companion to Stanislavsky, 2013). Renaud is Senior Writer for Scene4 international cultural magazine, and founding co-editor (English) of Critical Stages/Scènes critiques.