*attributed to Madame Pompadour in the mid-18th century when the French financial system was about to collapse, meaning “I care not what happens when I’m dead and gone.” 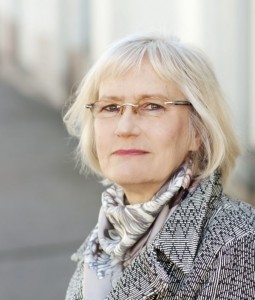 The engineers of the Positiva company are inspecting a cave complex somewhere in Finland for a geological repository for use in storing nuclear waste. As the half-life of nuclear waste is perhaps some 200,000 years, it is no small technical endeavour.

The energetic engineers of Positiva (sic—Posiva is an existing Finnish expert organisation in nuclear waste management) are like the seven dwarves in the fairytale, singing sprightly ”Hey-ho, hey-ho”’s as their industrial elevator traverses the stage floor, disappearing from sight above and below.

Technology is marvelous, its achievements boundless; it is possible to make all the great powers of nature serve Man, right? Only it is impossible to dispose of the nuclear waste: it can only be buried deep, “the most dangerous into the deepest depth.” And then, just oblivion? Wish us luck.

Laura Ruohonen’s new play plumbs the depths of the earth, of human technology and of human love. The depth of the earth is metaphorically bottomless, the human love shallow. Technology appears as a double-edged sword—or the sword of Damocles.

The dramaturge, director and author Laura Ruohonen (b. 1960) first studied biology. Of her thirteen plays, six have been premiered at the National Theatre in Helsinki. Olga (1995) was a dialogue between an old woman and a young thief. Sotaturistit (“The war tourists,” 2008)) was a black comedy set in the time of the Crimean War. Kuningatar K (Queen C, 2003: the Swedish 17th-century Queen Christina), was also performed at the Royal Dramatic Theatre in Stockholm. Saari kaukana täältä, An Island Far from Here, was first performed at the Royal National Theatre in London in 2003. Ruohonen’s plays have been translated into 16 languages.

What was before us?

The scenic landscape consists of stylised rock walls, of darkness pierced by shafts of light, of oscillating reflections of cave paintings projected on the dark surfaces, accompanied, for example, by the melancholy, solitary occasional sound of an oboe as it circles and reverberates in this underground, underworld universe.

The cave complex is shown to be populated by a working group of the engineers, a guard sitting in his lit glass box, a female speleologist looking for traces of ancient cultures, a local eccentric with the somewhat dubious self-made career of tourist guide, and—last but not least—three woman-shaped characters. They are not humans but spirits, or 55 million years old bats, or the mythical three Fates or Moirai, hanging upside down in the air or clinging to the cliffs of the cave. They represent what is prehistoric, or rather, something to which “time” is not an applicable concept: they appear and disappear, but invisible to the characters. “We are the Former Ones. We are no longer. We are a long ago.”

The speleologist’s views differ greatly from the scientism of the engineers: “…as a dog only speaks dog, you speak mathematics. You cannot help your nature. For you the world consists of only what you know how to measure today.” She goes on: ” ‘I take full responsibility.’ It means nothing. Everyone knows that. People die, hearts break, the groundwater becomes poisoned—even though all that chanting about the responsibility thing makes the tongues swell. ‘I take the responsibility’ is the most arrogant, megalomaniac sentence ever, the greatest hubris that man is capable of expressing!”

She and the guard in the glass box fall in love: suddenly, quickly, as if by natural law. An enchanting moment in the performance is when, entwined in a kiss and lit with a vertical spotlight, Alma Pöysti and Martti Suosalo slowly rise up into the air bound together by the same safety harness.

In Ruohonen’s play, facts entwine with fantasy, the serious with the comical, the personal with the universal. This acrobatic fantasy could run the danger of becoming arty or too “lyrical”—in particular, as the Finnish theatre tradition is strongly realistic, it is not the easiest thing for spectators to take in “mythical” creatures or even a love story that does not follow the customary steps of a psychological process. But as satirical and comical tones colour and create contrast in the dialogue—the amusingly mundane engineers who keep bursting out singing and the brief travesties of nuclear waste experts, the weird tale-spinning tourist guide—the performance, with its poetic, fantastic features, sustains its strength. There is no single thesis here; instead, we are asked to ponder fundamental dilemmas of the existential, personal and universal sorts. I myself like the self-confident boldness of the performance, realised by solid teamwork—and do not hold the play responsible for not offering “solutions.”

…and what will come after us?

The man soon falls out of love, rejecting a chance of renewal, not daring to commit himself. He has escaped his previous relationship; this makes itself visible in the form of a red rose that descends down to the caves on a string. A message from the world above, it is a reminder of duties and mistakes of the past, and this human ballast (paradoxically) drags him back upwards. Human love dwells in shallow waters, not in the mystical and mythical crystal lake in the deepest depths.

There, deep down in geology and in time, coloured and transparent, glittering, gleaming stalagtites hang from the rock, reflecting light. Constructed from thousands of plastic bottles, they appear as a radiant (sic) allegory of our contemporary culture, irrevocably based on what is disposable, single-use, short-sighted.

Finally, the woman descends lower, to uncharted depths. “I choose another route / a new one / my own / I take light with me.” Fearless, she sets out to enter into an unknown realm—perhaps taking the final step out of our world. But as fearlessness has become the foundation of her personal philosophy, for her it will be the ultimate adventure.

The ensemble begins descending from the stage to the aisles, passing a lit candle from one to another, until they encircle the audience in the dark, then blow out the candles. And so the rest is silence. 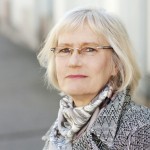 [1] Soila Lehtonen is the Editor-in-Chief of the online literary journal “Books from Finland” (www.booksfromfinland.fi) and a freelance theatre critic. She is the Honorary Vice-President of IATC-AICT.

After Us, the Deluge* / Après nous, le déluge