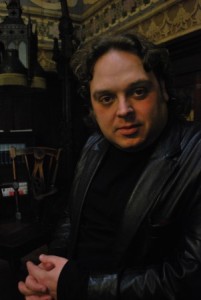 A theatre festival, like a river, is forever changing, yet always staying the same. At no festival in 2013 was that more true than at Festival de Almada. Portugal’s largest theatre festival‒which is held every July in the city of Almada, on the south bank of the River Tagus, and across the water in the capital, Lisbon‒lost its artistic director and founder, Joaquim Benite (1943-2012). It fell to his successor, and long-time assistant director, Rodrigo Francisco to fashion a programme which, at one and the same time, was consistent with Benite’s commitments to quality drama, internationalism and serious cultural discussion, yet also found appropriate ways to mark the passing of one of the most important figures in modern Portuguese theatre.

It speaks to Benite’s legacy, and to Francisco’s honouring of it, that, in many ways, the 30th edition of Festival de Almada felt like any other, despite the absence of the great man. The programme, in which Portuguese theatre works sat proudly alongside productions from such diverse nations as Argentina, Austria, Finland, Greece, Slovenia and, as so often in the past, France, looked very much like a Benite programme. The parallel programme of films, visual arts and discussions‒including Encontros da Cerca (‘Encounters at Cerca’), held during every edition of the festival in the gorgeous Casa de Cerca arts venue, which is perched high on a cliff overlooking the river and Lisbon‒was very much as before. Even the outdoor, communal restaurant, in the grounds of the D. António da Costa School, (which has always seemed like a little piece of municipal socialism), was as Benite had always wanted it.

Yet, if the 2013 programme was impressive in its respectful continuity with the history of a festival which has always been a testament to one man’s vision and passion, it also provided much-needed spaces in which to remember, celebrate and mourn Benite. Portuguese scholar, theatre critic and founding editor-in-chief of Critical Stages Maria Helena Serôdio was joined by international colleagues at an event which both marked the publication of Serôdio’s new biography Joaquim Benite desafiou Próspero… e inscreveu o mundo no seu teatro (‘Joaquim Benite challenged Prospero … and inscribed the world as theatre‘) and celebrated Benite’s towering role in Portuguese theatre since the Revolution of April 1974. At the D. António da Costa School, French set designer Jean-Guy Lecat created a beautifully-designed museum-style installation charting the many productions of Benite’s career, which was supplemented, before and after performances in the school’s courtyard, by screenings of Benite’s TV interviews.

Experiencing just a few days of the extensive, two-week-long programme, I was fortunate to catch Portuguese maestro João Paulo Santos’s presentation of Leonard Bernstein’s operetta after Voltaire’s Candide. The piece was performed in the school courtyard with a full orchestra and a cast which was as fine in satirical humour as it was in song. By turns, neatly metatheatrical, delightfully silly and bleakly comic in its reflections on Voltaire’s satire on optimism (not least when the choir sings, jauntily, the words “what a day, what a day for an auto–da–fé“), this deceptively light entertainment spoke to Portugal’s history (the Lisbon Earthquake of 1755 plays a very important part in Voltaire’s story, of course) and its troubled present (what good is Panglossian optimism during the country’s current socio-economic woes?). Ironically, albeit in-keeping with Bernstein’s intention, the breezily comic nature of Santos’s production did more to put smiles on Portuguese faces than any economic policies devised in Lisbon, Berlin or Brussels.

A highlight of the international programme was the Franco-Malian production entitled Le Papalgui. The piece is based upon German author Eric Scheuermann’s early 20th-century book Der Papalagi, which, according to Scheuermann’s dubious claim, collected together a Samoan chief’s anthropological observations of white European society. Performed by Habib Dembélé, a Malian actor and author (and, fascinatingly, a one-time oppositionist presidential candidate in his homeland), the play is presented as an illustrated lecture, in the late-Victorian, anthropological style. Although the show was performed in French, with Portuguese surtitles, even I, a monolingual Anglophone, found myself engaged thoroughly by the intelligent satire embedded within both the theatrical form and Habib’s performance.

White Europe and the white-dominated colonies it created (from the United States and Canada, to Australia and New Zealand) continue to be fascinated, afraid and hateful in their relations with what, as the late, great Palestinian writer Edward Said explained, they still, in the 21st-century, consider to be “the Orient”. In putting a West African performer in the role of a wide-eyed anthropological observer, who has encountered white Europeans for the first time, Le Papalgui turns the tables, both humorously and with great political import, on a set of imperial and post-imperial ethnic and cultural assumptions which are, at best, patronisingly paternalistic, and, at worst, malevolently racist, even genocidal.

Habib assumes the role of the astonished anthropologist with a delightful energy. In his amazed and perplexed speech, and by way of a series of often hilarious images on projected slides, he casts the white European as a curious “other”, who engages in inexplicably strange social and cultural practices. Performed in the studio theatre of the former Almada Municipal Theatre, recently renamed the Joaquim Benite Municipal Theatre, one can imagine how much Benite, a passionate Francophile and a lifelong Communist, would have loved this witty piece of political theatre.

There were many fine theatre productions besides these in the 2013 Almada programme. However, for me, the undoubted highlight of my brief time at the festival was the screening of the documentary filmJoaquim Benite’s Last Creation: “No” is Not Enough, by Catarina Neves. I must declare an interest here, in that Ms Neves is a friend of mine. However, it would be absurd to review the 2013 Almada programme without making reference to this film, which received a standing ovation when it was screened in the main auditorium of the Joaquim Benite Municipal Theatre during the festival, and was subsequently invited to the prestigious Doclisboa documentary film festival in Lisbon, where it won the coveted audience prize. Moreover, I have always made it a professional principle to review art works “without mercy or malice”,[2] and I cherish my professional integrity too highly to tarnish it by giving anything other than my considered opinion of Neves’ film.

This caveat considered, I can write with absolute honesty that, like the audiences in Almada and Lisbon, I find the documentary to be a fascinating, sometimes deeply emotionally affecting, consideration of both Benite’s theatre making and his life. The film is topped and tailed by touching material taken from interviews with members of Benite’s family, particularly his grandchildren, which was recorded after his death. However, its primary content is taken from the rehearsal process for the director’s final production, a staging of Timon of Athens by Shakespeare (Benite passed away just days before the show opened at his theatre in Almada in December of 2012).

Neves, who was well known to Benite both as a journalist with a special interest in theatre and as a longstanding friend of Festival de Almada, was given exceptional access to the rehearsal room. Here we see how the director, wheelchair-bound by his illness, was never more himself than when making theatre. Building his production through a combination of uncompromising aesthetic judgements and a variety of political and philosophical observations inspired by the play, we see Benite’s rehearsal room, not as a location of modish democratic collectivism, but as a place of benevolent dictatorship. First-and-foremost a practical man of theatre, he does not spare his actors in his demands that ego and, even, personal feelings be set aside in order to cut, quickly and directly, to the immediate aesthetic requirement. The result is, on occasion, a creative tension which, ultimately, does great credit to both Benite and his cast.

Inevitably, the most powerful moment in the film comes with the announcement of Benite’s death. Neves was in the rehearsal room‒where Francisco was deputising for Benite, who had been taken into hospital‒at the moment when the news of the director’s passing was broken. What follows is a brilliantly effective piece of film making. After a brief, dark silence, we see the naked Timon from Benite’s production, relieved of his once great wealth, his previous power and, even, his clothes, he stands before us in all his human vulnerability, an Everyman travelling between the cradle and the grave. Emotively apposite, beautifully metaphorical and visually dramatic, it is a moment, and a film, of which I feel sure Benite would have approved. 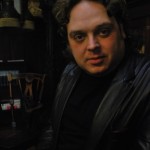 [1] Mark Brown is theatre critic of the Scottish national newspaper the Sunday Herald, a performing arts writer for the UK national newspaper the Daily Telegraph, and a doctoral researcher at the University of Dundee. He teaches in theatre studies at the Royal Conservatoire of Scotland, and is editor of the books Howard Barker Interviews 1980-2010: Conversations in Catastrophe(Bristol: Intellect Books, 2011) and Oily Cart – all sorts of theatre for all sorts of kids (Stoke on Trent: Trentham Books, 2012). His critical writings have been translated into Czech, Farsi, Finnish, German, Portuguese and Slovene. He is a member of the executive committee of the International Association of Theatre Critics, for which he is also Adjunct Director of Young Critics’ Seminars. He is a member of the editorial board of Critical Stages.

A Fitting Tribute to Joaquim Benite