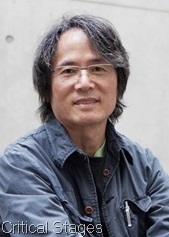 It is my great joy finally to launch Critical Stages, the IATC Webjournal. Ever since being elected to the presidency of the International Association of Theatre Critics at the 2008 Sofia congress, I have been preoccupied with creating this online journal. There are abundant reasons and motivations for creating the journal, among which two are the most important. First, the theatre is in a real crisis. There is no time in history when the theatre has lost its social function as much as it has in our time. In Europe, people have already begun even to speak of the death, not the crisis, of the theatre. In response, a journal on theatre criticism can help make theatre matter in society. Second, theatre criticism itself is in critical condition. With its print space and airtime severely reduced around the world, it has lost its power to impact society—that is, not only the theatre artists but the theater-goers, as well. A journal such as this one may help theatre criticism to recover its vitality, so it can serve the theatre arts and the society.

Critical Stages will reach out to theatre practitioners, audiences, and general readers, whom we critics have somewhat isolated from our inner circles of critical discourse with a communication-unfriendly writing style, particularly since we were inundated with, and fascinated by, post-modern or post-dramatic theories of theatre. I firmly believe that the most important function of theatre criticism is—and should remain—to generate interest in the theatre arts in society. And that interest cannot be generated by our inaccessibly esoteric, equivocating critical language. Interest can be aroused only through interesting writing—and by “interesting” I mean: 1) the criticism that is practiced is accessible–or even journalistic, if you will; 2) the criticism has academic depth in its analysis and reading; 3) the criticism has literary value in itself, in both style and creativity; and 4) the criticism conveys our whole theatre experience and connects it to our daily lives. With all these in mind, Critical Stages will seek more and more ways to ensure that theatre and theatre criticism thrive to their fullest extents by reaching out to the world and generating social interest in the theatre.

On behalf of the International Association of Theatre Critics, I offer my deep gratitude to the Seoul Foundation for Arts & Culture and its president, Mr. Ahn Ho-sang, for kindly sponsoring the publication and operations of the journal. By their sponsorship of the journal, the Foundation demonstrates eloquently its understanding of the importance of the theatre arts, and of theatre criticism, in our violent, anti-intellectual world.

I would also like to express my deepest thanks to all the members of the editorial board of Critical Stages, especially its Editor-in-Chief, Dr. Maria Helena Serodio. Without her enormous commitment, sacrifices, and editorial competence, Critical Stages would never have been born. I would also like to extend special thanks to those who have participated in the editorial work from outside IATC, such as Dr. Patrice Pavis, internationally known French theorist, and Dr. Maria Shevtsova, Professor of Drama at Goldsmiths College, U.K. Last but certainly not least, my gratitude is cordially offered to Dr. Lissa Tyler Renaud, master teacher of directing and acting, and Dr. Michel Vaïs, Secretary General of IATC, who have tended to the authenticity of the journal’s official languages, English and French, in those texts written by non-native speakers. I want to give my personal thanks to Myoung-Jae “Andrew” Yim, Webmaster, and Assistants Yu-jin Kim, and Ji-soo Nam, who have worked so hard to launch the journal on time.

Finally, I would like to express my special thanks to all the contributors to this inaugural issue for their insightful critical articles.