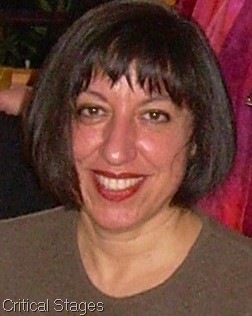 Even before being performed on the Portuguese stage with a fully translated play, Ionesco’s theatre was the object of interest of Luiz Francisco Rebello, the scholar and dramatist. In 1957 he had translated and published excerpts of The Bald Soprano, more precisely the dialogue between the Smith couple about Bobby Watson, in the 1st edition ofTeatro Moderno – Caminhos e Figuras (Modern Theatre – Paths and Characters) (1957). The performance of this excerpt, together with excepts taken from the requiem in Arthur Miller’s Death of a Salesmanand from Berolt Brecht’s Prologue to Antigone was given at a conference about the Caminhos do Teatro Contemporâneo (The Paths of Contemporary Theatre) held in January 1959 at the Trindade Theatre in Lisbon.

Also performed a few months later, in April, on the same stage was the premiere of Waiting for Godot, staged by Francisco Ribeiro and in May, the Ionesco festival was held. It was staged by Luís de Lima and was based on excerpts taken from The Bald Soprano, The Lesson and The Chairs.

They were memorable events: the appearance of new routes to modernity brought us into the vanguard theatre – also called “the new theatre”, the “antitheatre” or the theatre of derision by the critics. Portuguese stages had hitherto placidly accommodated themselves to the bourgeois theatre and entertainment, and this new theatre caused a wave of perplexity, contradictory reactions and even gave rise to heated arguments in the most traditional, conservative environments.
It should be mentioned that Luís de Lima’s version was performed for the first time in Portugal but it had already made its highly successful debut in the first world premiere on the Brazilian stage in 1957. To be fair, the most progressive critics in Lisbon praised the performance. It was like a breath of fresh air, challenging the stagnation of both the theatre and the Portuguese Conservatory. Some critics attempted to contextualise the fact that the Portuguese public was unable to understand this kind of theatre and there were others who even sought to give a fair opinion, awarding the playwright his rightful place in the history of contemporary theatre, although refusing to give way to facile enthusiasm and imposing limits on his theatrical horizons.

A few months later in the same year, Inesco visited Portugal in order to take part in the 3rd Sintra Theatre Festival. On 3 September he saw a performance that included La Leçon and Les Chaises, put on by the Théâtre Studio Champs-Elysées. He then gave a talk about his theatre and accepted being interviewed by José Sasportes, where he stressed his artistic point of view. Among other subjects, he talked about the indirect influences the work of Jarry, Apollinaire and Kafka had on him, as well as a curious coincidence with certain views held by Artaud, whom he had been unable to read because Le théâtre et son double had been sold out. He also mentioned his divergence with Brecht’s theatre. Nevertheless, whether owing to his plays or to what he had said, particular critics continued to disagree with him for a long time although it did not stop his theatre from marking its presence fairly regularaly, and sometimes even assiduously, in Portuguese company repertoires.

For more information on performances on Ionesco’s plays see the site online: http://www.fl.ul.pt/CETbase/default.htm 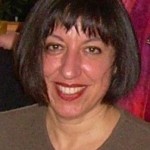 [1] Sebastiana Fadda is an Academic at the Centre for Theatre Studies, Faculty of Letters, University of Lisbon. She is also a member of the Directive Board of the Portuguese Association of Theatre Critics and of the Editorial Board of the theatre journal Sinais de cena and is a translator from Italian to Portuguese.