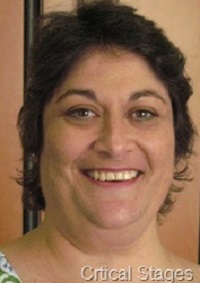 Augusto Boal died on 2 May, 2009 after struggling with leukemia for some time. He is survived by his wife Cecilia – and sons, Fabian and Julian Boal – who is active in the Theatre of the Oppressed methods, and edits the quarterly online newsletter, Under Pressure (http://www.theatreoftheoppressed.org/en/index.php?nodeID=21).

The Augusto Boal that I so admired was a poetic, gregarious man who laughed, made jokes about his big nose, and waved his arms about while making theatre. He was in essence the embodiment of his own methods – playful – and an optimist despite everything. When he ran for election as Vereador in Rio in the late 1990s his election slogan was ‘Have the courage to be happy’. In his brief emails to me over the last years, he was always upbeat about his life, semi-retired in Brazil, but still going off to talk or give workshops when his physical health allowed him. At the time of his death, he had completed a revision of his last book, Aesthetics of the Oppressed.

In the workshop where I met him, a hot New York summer in 1996, he was bemused by our group. We started off getting an ‘A’ for his class and we amended class times to what seemed like all day, intense and exciting. We were a mixed bag of graduates mostly from New York, but a few like myself, who had traveled far to do the workshop. I thought I would be the oldest person there, but surprisingly, there were several people older than my 34, and one woman was at least as old as Boal at that point. And a large cohort of twenty – somethings – brilliant and wide-eyed.

Boal wore silk shirts to class, every day. He liked them for their feel: cool in the summer humidity. We gave him one as a parting gift – a good one – and signed our names in fabric paint on another cheaper one. He started in Peter Brook style – placing an empty chair in a section of the studio, waited for us to gather around and then entered the space and sat down. He reminded us that this was theatre, and his favourite question was if you felt ‘resonance with’ the dramatic moment being presented. He argued that, without ‘resonance’ (identification with), the theatre questions being asked would not be answered.

There were those who felt that Boal raised more feelings than could be accommodated in the workshop, that there was no ‘safety net’ for those who felt vulnerable, in particular when we worked with the more introspective techniques or ‘cop in the head’ (found in Rainbow of Desire – The Boal Method of Theatre and Therapy). 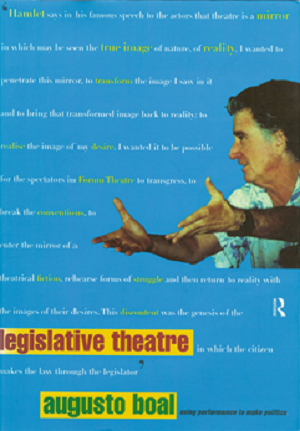 Some of the problems raised seemed quite foreign to him, for example a group concerned with mediated body images – where the oppressor lay partly in the head, but also in the obsessions of neoliberal capitalism. But as much as he may not have felt ‘resonance’ with the issues, he was respectful of their effects on, for example, the dancer who was deemed too fat, or the actor who was too short. I think he was more comfortable with socio-political issues where an oppressor was evident, tangible and ironically, could be embodied.

So much of his work has been critiqued from the intellectual, academic place that seeks to break down his work, examining it from all angles, as if it were the pyramids, fixed in time and space. The thing is that Boal’s methods aren’t fixed in stone, but more fluid. I think they are adaptable, and are useful in any context as long as people don’t apply them as if they were gospel, or an infallible formula. He warned us from the start that we weren’t getting the ‘recipe’ – but that his work was a proposal for thinking through. Philip Auslander (1997:107) suggests that in using Boal’s methods, “a fractured, postmodern subjectivity becomes the necessary condition for critical distance rather than the condition that renders critical distance impossible”.

I think that Boal’s methods are misapplied all too often, where practitioners are perhaps thoughtless of their local context and the essential aspects of Socratic questioning, leading to critical distance and thinking. Boal reiterated to us that our work must ‘ask good questions’ in our theatre.

Used correctly and in the right conditions however, Boal’s methods can be participatory, problem-posing strategies for education and development. All too often in my experience, this questioning is reduced to imparting closed skills, which runs counter to Boal’s intentions, and to the nature of the questioning or problem-posing education advocated by Freire (1970). When poorly used, Theatre of the Oppressed methods move the emphasis away from the collective social transformation, and towards an individualist, ameliorative or adaptive imperative.

Boal argued that the Joker is a ‘difficultator’ (1995) since her/his job is to make it impossible to arrive at naïve, ‘magical’ or fatuous solutions to the problems posed. In other words, the Joker is the medium of critical pedagogy. Boal liked being the Joker and it was as Joker of our various Forum Theatre pieces that he revealed his playful self, interacting with spect-actors and actors, trying out new ways of looking at old problems. In my mind, and despite all the academic writing I have read about him, it is the image of him laughing as he worked a piece of Forum theatre, that I will remember.

Augusto Boal’s work has had a profound effect on the practices of theatre in southern Africa. His only visit to South Africa (to my knowledge) was in 1998, together with Adrian Jackson (translator of his books), running a 10 day workshop near Johannesburg. However his work has permeated many corners of the continent, from Egypt to the DRC, Mozambique to Burkina Faso. Mention Forum Theatre and immediately practitioners are ready to play, audiences are waiting to intervene in the action. The nature of Forum Theatre is familiar to African performance traditions, where interaction or participation has always been the norm. The notion of a forum for discussion of problems is also familiar, where the telling of a story illustrates a point in the argument at a kgotla or imbizo (meeting). So you may say that African practitioners took to Boal’s methods easily, even while the problems they faced were not. 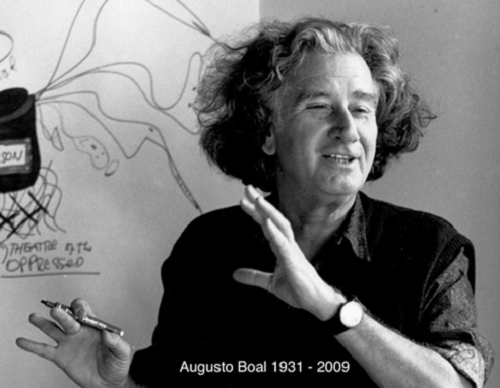 If I think of the various theatre projects with which I am familiar in southern Africa, the influence of Boal is everywhere, probably mostly in the use of Forum theatre. In South Africa Boal is credited in the work of DramAidE (KZN), Drama for Life (WITS), Bonfire Theatre Company (WC), Themba HIV/AIDS, Tsogang Theatre Education (Gauteng), the Learning Theatre Company (Gauteng) and so many more practicing groups and artists. Further afield in sub-Saharan Africa, there are networks reflected in the Communication Initiative (www.comminit.com) where literacy, civic, theatre and health organizations regularly use Boal methods to investigate socio-economic issues and generate new understanding of people’s lives. If one zooms out, similar patterns are found on other continents. It is no wonder then, that in 2008 Augusto Boal was nominated for a Nobel Prize. I for one, would have been happy to see him win, straddling the awkward space between theatre that isn’t literary, activism that isn’t violent, learning that isn’t prescriptive. Most of all, it would have celebrated the seriously playful space that makes us human.

AUSLANDER, Philip. 1997. From Acting to Performance – Essays in Modernism and Postmodernism. London: Routledge.

_______ 2006. The Aesthetics of the Oppressed. Translated by Adrian Jackson. London: Routledge.

[1] Dr. Veronica Baxter researched applied theatre in rural and peri-urban education through theatre in South Africa. She has relocated to the UK after more than 20 years of teaching in South African higher education, and is currently a research fellow at Warwick University, and teaching part time.