Marta Carreiras was born in Lisbon in 1975. She holds a first degree in Stage Design from the Theatre and Cinema Higher Education School and a post-graduate qualification in Theatre Studies from the Faculty of Letters of the University of Lisbon. She began her professional career as a scenographer and costume designer in 1997 with Teatro Meridional, a theatre company with whom she has worked on a regular basis up until the present day. She has developed projects in collaboration with Teatro Praga (Theatre of the Plague) and A Truta (The Trout) and has worked with creative artists such as Miguel Seabra, Natália Luiza, Ana Nave, Cristina Carvalhal, Carlos do Rosário, Pedro Seda Nunes and Nuno Pino Custódio.

To be perfectly honest, I don’t think there is. Any creative process breathes in and reflects the surroundings in which it is created. You could look at Portugal or Lisbon as being site-specific locations on a large-scale, where creative artists, consciously or subconsciously, are always interacting with what’s around them and their creative work is a reflection of this relationship. Professional problems and social, economic and cultural concerns are active discourses in the act of creation. Whatever the theme, the performance always conveys the concerns of “being here, right now”.

As a member of an audience, I’m not interested in seeing a specific theme represented onstage which is limited to its social and political content. Major shifts in awareness invariably happen when we’re not talking about them.

Looking at the theatre created by this younger generation, my own generation (Gonçalo Amorim, Pedro Gil, Truta, Teatro Praga), I don’t believe there is a lack of political awareness about the world. There is a new generation who are restless, who are not content or passive and who explore oppositional themes.

In general, two types of difficulty can arise: artistic or emotional. The former can happen if you don’t know the people you’re working with. They sell you an idea, you accept it and work with it. Later, you realize that the project has nothing to do with your own form of expression and you make a choice. You can go through with it. You defend the performance’s design choices and you put them into practice. But I don’t really believe in this “putting into practice” or “serving” the performance. You can make this choice, but it leads to a lack of coherence and critics will write about the staging and the design as if they were separate entities.

And then there are emotional conflicts. Working with the same group of people for a long period has advantages and disadvantages. Without doubt, one of the advantages is the level of creative understanding which is established over the years, which enables a collective artistic growth which could not happen any other way. A disadvantage can be that it sometimes becomes more difficult to establish limits between artistic and personal relationships.

I don’t believe in the set designer who works at home and then delivers the model of the set. I spend a lot of time working very closely with the performance: I watch the rehearsals, I do my research with the actors, I make proposals for the staging, we try them out, we start again. The design element “enters” the work of the actors.

I collaborate with directors who work from almost nothing: a concept and five actors. We have to create a universe, a special language, a text, if it has one. Everything begins with the idea and the research, which I love. When rehearsals begin and you have no idea what the performance is going to be about, I love it. Then, seeing it come together and that moment of breakthrough – I love that too! Maybe what I like least is the time between having an idea and seeing it become a reality. It’s that waiting time between conception and experimentation and, as I believe in processes of research through experimentation, it’s a difficult time for me. The physical and conceptual answers are only found onstage. Whenever there are questions, you need to concentrate on the stage. And it’s difficult when it comes to an end. You have to separate yourself from the object. But that’s part of the enchantment of working with the ephemeral. Otherwise theatre would not be a form of rejuvenation each time it takes place. But you can’t give everything, you have to give a little at a time. It’s important to maintain your sense of direction. Only then does the work of the artist have any value. After that, you have to bring your emotions under control and breathe deeply.

Yes, Rui Pina Coelho’s review of the stage space in The Resistible Rise of Arturo Ui [2008]. It was risky to work in a space that had a pillar in the middle of the stage, a garage at the back and toilets to the side. There were ten actors, each with different psychological spaces. The actors developed the scenography in character and that was difficult. The gangsters’ space was that which they gradually came to occupy, as in the play. From a scenographic point of view, this left a huge void. I thought Rui Pina Coelho’s review was very perceptive, because he understood all the transformations of the space, the osmosis between scenography and dramaturgy, which was something that was invisible; and he said “instead of creating the scenography, she has gradually adapted the space”. He understood that the scenography was created by the actors. 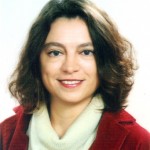