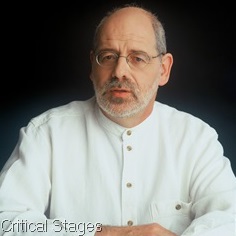 They are usually referred to in the plural – “the critics.” But they are individuals, each one with his or her unique skills, tastes, work ethics and moral and artistic compass. People tend to accuse “the critics” of everything from ignorance to being tainted by corruption and from destroying the public’s cultural predilections to perverting the theatre. Most of them are not even aware that they are like that. To be more exact, they know they are not like that.

I get together with my colleagues, the Israeli critics, whenever we are invited to attend a theatre premiere. From many years of experience I cannot attest to any professional rivalries among theatre critics. Usually we read or hear our colleagues’ work whenever they appear in the newspapers or are broadcast on some of the larger electronic media outlets. I often provide my colleagues with feedback on what they have written, either complimenting them or arguing an opposing viewpoint. I do not know how they behave among themselves. Some of them certainly comment on my work and argue with me, politely, reflecting the mutual respect critics hold toward one another.

These conversations, though, revolve around plays from the past. There is an unwritten rule among critics that we do not talk to each other before, during, or after a play that we are reviewing the same evening. Nobody decreed that this is the way it will be, and there is no organized forum with the authority to approve (or enforce) such a resolution. It is reasonable to assume that all of us know how easy it is to be influenced by an opinion, particularly a forceful opinion, expressed by someone during that sensitive period of time when we are formulating our opinion of a play. Reviews appear in my newspaper, Ha’aretz, before they do in other daily newspapers – namely, on the morning after the premiere – so at the very least one cannot accuse me of being influenced by other critics. I won’t swear that when I’ve reached the end of my rope (or, to be precise, have been pushed to the end of my rope by what I see on stage) I didn’t exchange telling glances with a colleague during the performance, However, since I know how often my own glances are misconstrued I cannot say that I understood whether they agreed with me based on their expressions.

I am relaying these experiences because recently I had the opportunity to spend an intensive week among non-Israeli theatre critics. There is an international association of theatre critics, which in 1981 held its biennial convention in Israel. The body’s executive committee meets twice a year in various locations around the world, usually as part of a festival or other theatrical gathering. This time, the committee met in Canada, where one of the committee members, Professor Don Rubin of York University (a member of the international committee and president of the Canadian branch of the association) organized a conference dedicated to reviewing the history of theatrical criticism, in all styles and spanning various countries and languages.

Alongside critics from South Korea, Japan, Poland, Bulgaria, South Africa, Sweden, the United States, Italy, Romania, England, Wales, Holland, Portugal, India, St. Lucia, Serbia, Russia and Canada I spent an entire week watching plays and talking about theatre; sometimes I talked about plays while we watched them together (during the intermission, of course, not during the performance).

Organizations such as these are marked by a line dividing the academics specializing in theatre – those who research the field, its history and its characteristics – and the people in the field, a sort of anthropologically inclined species that goes to shows every night and reports, even though they themselves are often part of the story. In some countries, theatre criticism is taught in universities.

Every set of theatre criticism has its own criteria. A Russian colleague recalled how one of his own colleagues in the university where he teaches forbids his students to go to plays, to prevent them from developing an incorrect way of thinking. That is one extreme.

On the one hand, there was a weird sense of freedom in being able to ask a critic sitting nearby for an opinion during intermission, and receiving answers that were sometimes detailed. Here, I must admit, I felt woefully obsolete. We saw four productions by the Stratford Festival (Shakespeare’s Romeo and Juliet, Hamlet and The Taming of the Shrew, and George Bernard Shaw’s Caesar and Cleopatra), as well as three plays by the Shaw Festival Ensemble (Shaw’s Mrs. Warren’s Profession, J.B. Priestley’s AnInspector Calls and Lillian Hellman’s The Little Foxes).

These are two remarkably professional Canadian theatre companies, both rather conservative in nature. Even though both troupes have a division specializing in contemporary Canadian productions, and both also stage musicals, their forte is presenting an array of classical plays with interpretations that are rarely innovative or radical. Some of my colleagues, particularly those originating from former Eastern bloc states, spoke condescendingly of the “museum-like theatre” and complained about the lack of innovation.

This gap between my colleagues and myself made me feel old-fashioned and conservative. Not that I deny possessing those characteristics. Yet I couldn’t help thinking that we critics and observers of the theatre who see it “from the inside,” who live it and for whom it represents the central subject of our lives, tend to forget that for most of the audience a play is just a two- or three-hour distraction, one of many in a day filled with chores and other priorities. For theatregoers the standard remains conservative theatre, plays with a plot, with a middle and an end, preferably one with conflict at the center of the show. In many instances the audience is seeing for the first time a play that the critic has already seen many times. The theatregoers do not necessarily seek, nor can they appreciate, a “new and daring reading of the play.”

No less important is the fact that the audience has not significantly progressed in its social views in the last 100 years, despite the trends of modernist and post-modernist thought. The best playwrights of realism knew how to use the conservative, theatrical forms of melodrama and comedy to present subversive truths to the audience, inviting it to rethink its beliefs.

And so, three plays written half a century ago were staged in the heart of the capitalist world (which is collapsing, according to the financial pages), before a well-to- do crowd that took the trouble to attend a play in some remote Canadian town, and perhaps to stay there for a few days. All three plays, which are part of the conservative-bourgeois cultural milieu, were both a scathing attack on the capitalist system and an expression of admiration for the socialist worldview.

After numerous arguments with critics from different theatrical cultures (at the end of the day, we all love theatre, drink and long conversations into the night) I thought to myself – if this is “museum-like theatre” and I can see two wonderful actresses in a matinee of Mrs. Warren’s Profession and that evening see the same actresses in An Inspector Calls (albeit in a performance whose social proselytizing was much too heavy-handed), then I’m perfectly comfortable in my conservatism. Because when this type of theatre is performed as it should be, from an understanding of its complexity and a respect for the audience, it has merit. Even if it does not offer anything new, or break taboos or foment revolution. 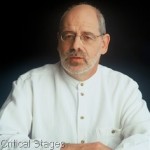