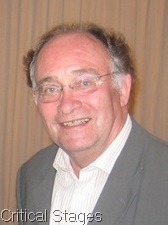 It’s not often that critics get a chance to meet and discuss what they do, which makes the occasional gatherings of the International Association of Theatre Critics so useful. They’ve just had one in Toronto, where reviewers from all over the world met to talk about the origins of their craft. The Association is in the early planni ng stage of a series of books about criticism and this symposium was a first step towards one of them, a history of theatre criticism on a world scale.

Who were the first critics? If you’ve done your Theatre Studies, you may think of Aristotle, whose rather dodgy views on tragedy have influenced scholars if not theatre directors for many years. But Aristotle was the worst kind of critic, the one who pontificates without setting foot (as far as we know) in a theatre. Our Indian delegate reminded us that the Sanskrit scholar Bharata, writing not very long after Aristotle (though nobody quite knows when) was more truly a man of the theatre.

He has left us a fascinating treatise, the Natyashastra, which is a detailed mixture of instruction and criticism, rooted strongly in the practical. So that as well as hearing from this early critic how actors should deport themselves on stage, we find useful tips in Natyshastra on what to do when an elephant runs amok in the theatre, and how performers should respond when the audience, instead of shouting the recommended ‘well done’, throws dung on stage. A Japanese critic shed some equally earthy light on criticism of what is now venerated as Kabuki. That particular art form came out of the pleasure-houses of old Japan, and for some time its reviewers concentrated less on art and more on your chances of sleeping with the stars, who were after all courtesans of one sex or another.

Our Israeli colleague could not resist the tongue-in-cheek suggestion that even earlier, indeed at the Creation, the Almighty was the first critic: did He not look at his work and see that it was good? He also took us forward to the diarist and amateur critic Samuel Pepys, whose short review of A Midsummer Night’s Dream (‘the most insipid, ridiculous play that ever I saw’) was far from favourable.

Criticism, or reviewing as we know it, didn’t really get under way until the seventeenth century in France and even later in England. Several contributors, including those from Sweden and Russia, linked the arrival of criticism in their country to the growth of the daily press, a phenomenon which came early in Holland, for instance, but much later in places like French Canada or South Africa, where the rise of an indigenous theatre, distinct in character from colonial touring companies, brought with it a new national criticism.

With our own long tradition of theatre, stretching back before Shakespeare to the medieval mystery plays, we can forget that theatre came late to many countries whose national consciousness – and sometimes their national language – was held back by the rule of other nations. For many European countries, such as Romania, the theatre became an important form of nationalist expression, and criticism with it, especially in the nineteenth century. Even in Italy, we were told, true criticism didn’t get under way until the 1870s.

Such was the breadth of the meeting that we heard contributions from even newer theatre traditions, including both the English and the French Caribbean and New Zealand, where indigenous professional theatre in a western sense, as opposed to traditional forms which might be of great antiquity but were hardly the subject of overnight reviews, did not exist until very recently.

Rumbling away under all our fascinating and varied discussion was the question which most exercises today’s critics, wherever they may be practising and at whatever level: for how much longer will we be able to find the space to continue the tradition of comment and commentary that goes back so far? 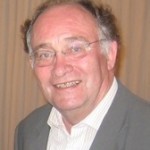 [1] Ian Herbert is the founding editor of the Theatre Record in the UK and immediate past president of the International Association of Theatre Critics.