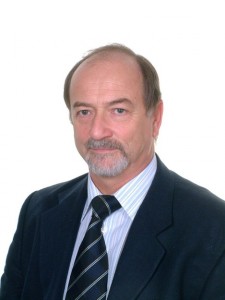 “Acting before and after Grotowski” was the title of the colloquium on Grotowski in the framework of the 13th Europe Theatre Prize in Wroclaw. Some may wonder if there were any hidden agenda behind the title, especially in “before” as well as “after”, indicating not only his presence but also his absence. Naturally the presence of Grotowski was everywhere. We were in Wroclaw, the cradle of Grotowski Theatre and his revolutionary ideas. The year was 2009, the officially designated Grotowski Year under the auspices of UNESCO, marking ten years after his death, 25 years after the dissolution of the Grotowski Theatre Laboratory, and 50 years after he and Ludwik Flaszen took over the 13 Row Theatre in Opole, which was the direct forerunner of the Theatre Laboratory. The colloquium was organized by the International Association of Theatre Critics in collaboration with its Polish section and the Grotowski Institute in Wroclaw. So why “before and after”?

The title of the colloquium meant it was not devoted solely to the interpretation of Grotowski’s ideas. We wanted to discuss not only his discoveries but also the consequences of his influence on artists and humanity in general. Nonetheless, a close study of Grotowski’s ideas per se was made by Krzysztof Kucharski from Wroclaw in the colloquium. His paper examined the writings of Tadeusz Burzyński, the great Wroclavian critic who closely pursued Grotowski and his works. Three years ago — ten years after Burzyński’s death — his friends, including those from the Grotowski Institute, published his vital texts consisting of reports, interviews, and reviews on Grotowski. Kucharski greatly contributed to the colloquium by helping us see the difficulty inherent in the understanding and development of Grotowski’s revolutionary ideas.

The overall colloquium, however, chose to discuss wider topics concerning Grotowski instead of getting mired in the close examination of Grotowski’s ideas and experiments, which are already the subject of numberless researchers and specialists. The organizing members of the colloquium thought it would be more appropriate for theatre critics and reviewers who are always more interested on the practical side to see how Grotowski’s legacy is still alive in the modern theater, as well as how it helps us define its new tendencies. I am not going into the so-called Grotowski Method or his thoughts to stress this point. Instead, I would like to recall a short reflection given by the great Wroclavian poet and playwright Tadeusz Różewicz on Grotowski’s legendary Apocalypsis cum figure:

They give birth to these texts, do it once more. They give birth to it at every new performance. The roars of delivery reverberate in this enclosed space (or operating theatre). The word becomes the body in front of our very eyes. It arises during the performance. It changes into an aggressive body. Raped and raping. This group feeds on the word (literally). The word is digested and extracted.
The word is bled, broken, beaten to a mummy, rejected.
Blood, sperm, silence are gushing in spurts from his side. Their feeding on word is done. The time of feeding is 7 pm. The murmur, the smack, silence. Roars. The word is extracted.

Thus spoke the poet, eloquently enough to underline the importance of thinking about Grotowski in the phase of the “here and now.”

But why did we need to discuss acting before Grotowski as well? The reason was simple. The year 2009 also marked one hundred years after the death of Helena Modjeska, the great Shakespearean star actress who achieved fame in two continents. While all we can do now is to imagine her acting through her pictures, Prof. Andrzej Żurowski made for the colloquium a short comparative study on this great actress, providing a pleasant excursion into the past tradition. After his symbolic tribute to the past, we had Prof. Nina Kiraly, who drew for us a map of questions most important for the contemporary theatre when the text and metaphors are created collectively in the rehearsal room.

The colloquium was honored to have two important witnesses of Grotowski’s theatre. Jaroslaw Fret interviewed Ludwik Flaszen, the co-founder of the Theater Laboratory, and Prof. Barbara Osterloff moderated a session with Maja Komorowska,  who is a marvelous actress with the experience of working with Grotowski almost from the very beginning when he took over the 13 Row Theatre in Opole with Flaszen before he moved to Wroclaw to found the Theatre Laboratory. I remember writing after the death of Grotowski: “Some actors derive a great deal of energy directly from Grotowski — for instance Maja Komorowska, whose performance in Beckett’s Happy days in the Dramatyczny Theater in Warsaw demonstrated how far one can reach by using the technique from the Theatre Laboratory.”

When I had an opportunity to read a paper on the Polish theater in Japan in 2006, I was asked about the theatrical tradition Grotowski created in Poland. “Oh, Grotowski,” I said, “he is our legend, our monument, our hero.” “But who in particular is still following the tradition?” the floor asked. “In particular,” I answered, “we have Theater Pieśń Kozła, and of course Maja Komorowska.” I’m very happy that Mark Brown from Scotland came to a similar conclusion in the colloquium when he introduced the works of Theater Piesn Kozła, the company that is the best example of Grotowski’s tradition in the present tense.

As the title of my report suggests, it is time we verify our diagnosis of Grotowski’s presence and absence in the theatre of our time. I am sure this colloquium made one step in this path. As a member of the organizing team, I would like to thank once again Alessandro Martinez (General Secretary of Europe Theatre Prize), Jaroslaw Fret and Joanna Klass (Directors of Grotowski Institute) and Kalina Stefanova (Cultural Bridge, IATC) for making this colloquium possible.

Acting before and after Grotowski: Presence/Absence