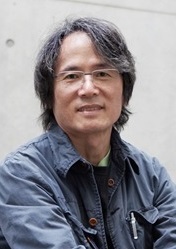 The beginning of theatre commentary in Korea coincides with that of the modern Korean theatre, just one hundred years ago. At that time, a Korean-style opera by Lee In-Jik, called The Silvery World, premiered at the first indoor theatre in Korea, called Wongaksa. For this historic centennial year of modern Korean theatre, we have been celebrating all year in various ways; that is, holding seminars, publishing books, producing commemorative performances, and so on. Politically, the beginning of our theatre commentary nearly coincides with the beginning of Japanese colonial rule. In fact, Lee In-Jik had studied theatre arts in Japan before he launched his theatre movement for national enlightenment in Seoul.

By far the most important subject of theatre commentary in that initial period was Enlightenment. And its chief form of criticism was impression-based. Naturally, most critical writing was done by anonymous journalists who had no expertise, and no education in theatre arts. These socially-oriented journalists tried to educate the theatre practitioners in common sense terms, and at the same time teach the spectators basic theatre etiquette. The following quotations show the typical approach to theatre reviewing in that early period, reprinted from Prof. Yang Seung-Kuk’s well-researched book on the history of modern Korean theatre criticism:

There is no question that the new theatre piece by Hyukshin-dan (The Reformist Theatre Company) is both excellent and exemplary, but I would have liked it rather better if its principal actor LIM Seong-Gu and the actress KO Soo-Cheol who played the high collar woman (–meaning, a woman of high education–) had not wept that much. They should have wept and laughed only when they had to, but they kept on weeping throughout the performance, and I hated it. It was a terrible mistake.[2]

And a few days later:

Many of the spectators made noises when laughing and when they had to shed tears, and this was not the fault of the players. The spectators simply did not know how to watch a play. This reporter wants to give an important piece of advice to the players. You cannot say your performance is a success, no matter how good it is, unless the audience understands and recognizes what is happening on the stage. You had better explain for the audience what will happen in the next scenes before you go into them.[3]

The first theatre review we can call “real” appears in 1916 in the same daily newspaper. CHO Il-Jae, who was not only a journalist but also a well-known playwright himself, sounded both authoritative and instructive: in his review, he tried to combine description of the scenes with analysis of the acting and information about the next performance. His description of the main character’s acting is quite specific:

Act I. In front of an opera house. Actress PAEK Hap-Ja, holding her skirt with her right hand, and flowers in her left hand, is quite tense as if her hands were glued together, and tries to show her attitude entirely with her face, which turns out to be inexpressive. It is wrong to use the hands and body too much, but…”[4]

As you can see from the review by CHO, theatre commentary in the 1910s was mostly based on impressions—but still there was one criterion for critiquing that remained dominant; the reality achieved on the stage.

In the 1920s, theatre commentary became very heated as the Korean theatre community divided into two groups. The first group advocated the New Wave Theatre (or shimpa), and the second group was for the New Theatre(or shingeki). Both of these theatre movements originated in Japan and were later brought to Korea. Commentators HYUN Cheol, YUN Baek-Nam, and LEE Ki-Se and the like, who were also theatre practitioners, argued theory with each other in various print media, focusing on questions such as “What is theatre?” and “What is theatre not?” Their approach, however, was rather more emotional than logical. They didn’t mind, for example, making personal insults like these: “Nobody knows less than you about…”; “A tiny knowledge of theory, but no understanding at all of practice…”; “What kind of silliness are you talking?”

Despite being personal, these passionate debates contributed to opening the new era of theoretical criticism in the 1930s. This theoretical approach was initiated by new and young theatre artists who returned from Japan, where they had studied theatre arts. Commentators gave their attention 1) to the nature of drama, which combines literature and action, 2) to the nature of theatre, which is based on the interaction between the actors and the spectators, and 3) to theories of directing and acting based upon realism. On this subject, playwright PARK Young-Ho sought to define realism in drama, which he believed required the unification of three realities: the reality of the dramatic work, the reality of the actors, and the reality of the spectators.[5] LEE Woon-Gok further developed the idea of inter-relatedness or interaction between the three realities concerned, arguing that “Good theatre is possible only when the play, the actors, and the audience are good together.”[6] Playwright-director YU Chi-Jin introduced the Stanislavski system, and criticized Gordon Craig and Alexander Tairov for their alignment with non-realistic movements. All the major Western directors, from André Antoine to Erwin Piscator, were introduced one by one in the 1930s, but most of the commentators were lopsidedly in favor of interpretative directors, as faithful as possible to the author’s text. Director HONG Hae-Seong was by far the most ardent commentator in this vein, and it was also HONG who most methodically advocated the Stanislavski system of actor training. HONG did this by contributing pieces on Stanislavski’s theory of acting to the major daily newspaper of the time, Donga Ilbo, every day for twenty-five days, from August 14th to September 16th, 1931. Theatre commentaries of this period were this educational in style, and this introductory in substance.

By far the most important and productive theatre commentator of the period was playwright-director YU Chi-Jin. His wide-ranging theatre reviews focused on everything from production aesthetics, to theoretical ponderings on the interaction between players and spectators, to dramaturgical analyses, and to the manifestoes of theatre movements. He was the first to emphasize the importance of restoring Korea’s unique national tradition of performing arts, which had long been discouraged and forgotten under Japanese censorship: “Fresh life comes from old traditions…We cannot expect the birth of new art where traditions do not exist.”(Donga-Ilbo, 1931. 6. 20)[7] His argument was quite extraordinary at a time when most theatre commentators were anti-tradition and pro-Western/Japanese practice. He advocated popular theatre, and criticized the little theatre movement of the time for its artistic and realistic orientation. Most importantly, he maintained that original, local plays should take preference over translated, foreign plays: “We should not allow the dominance of foreign plays, which will block the birth and growth of Korean plays. Foreign plays’ reason to exist, their role to play, is only as a midwife who helps the birth of an original play.”(Donga Ilbo, 1933. 9. 29.)[8] His cries for original plays and respect for tradition had to wait almost half a century to be fully realized; it was only then that local plays began to dominate foreign plays for the first time in the history of modern Korean theatre.

The last years of Japanese rule were the dark ages of Korean theatre criticism. Commentators concentrated on dispensing opinions as to the ideal “national theatre”—also a concept imported from Japan, and a call for patriotism toward Japan. Its purpose was to praise the new political system through theatre. This national theatre aimed at harmonizing the new modern theatre with the new popular theatre, combining their artistic and entertainment orientations in new productions. Because of its stance in favor of the Japanese cultural policies, today, the activists of the national theatre movement have come to be seen as collaborators, and been disgraced both inside and outside the Korean theatre community.

As we have seen so far, Korean theatre commentaries during the period of Japanese rule introduced and then educated theatre practitioners and audiences in the Japanese version of Western theatre study. Debates between commentators were frequent, passionate and harsh, and they did not mind employing personal insults in their rebuttals. These heated arguments, however, were given huge space in the daily newspapers and contributed enormously to attracting readers and generating their interest in theatre. By comparison, the current day’s scientific and analytical commentaries have much less space and severely reduced stature—and thus, much less impact.

It was in the 1960s that the Korean theatre had its first professional theatre critic. YOH Suk-Kee, who studied English literature in both Japan and the United States, opened his “playwriting workshop” in the early 1960s. Just as George Pierce Baker did in the United States, YOH attracted many of Korea’s most talented young people, instilling in them high standards and helping them to acquire skills in dramatic composition. Dramatists such as PARK Jo-Yeol, YUN Dae-Sung, OH Tae-Suk, NOH Gyung-Sik, YUN Jo-Byung and more, were trained in YOH’s workshop, and led the Korean theatre for the next thirty to forty years. Above all, YOH launched in 1970 the first professional theatre journal in Korea with the name of “The Drama Review,” to which critics contributed their theatre reviews and critical essays. These we call the first-generation critics of modern Korean theatre—critics such HAN Sang-Cheol, LEE Tae-Joo, YU Min-Young, LEE Sang-Il, YANG Hye-Sook. Some of these critics are still active today. It is important to point out that, unlike their predecessors, all of these first generation critics were professors of literature—either Western or Korean—with no background in practical theatre. Consequently, their reviews focused on dramaturgy rather than on theatricality, on interpretation of the texts rather than on their production aesthetics. They did not even mind reviewing theatre performances without having seen them, thus antagonizing the practitioners, who in return, ridiculed the critics as “literary parasites.” However, the dominance of these critics in theatre commentary lasted until the mid 1980s, because we did not have journalistic critics until then. In the meantime, all reviews for the daily newspapers were written by this group of literary scholars. Their influence over box office was minimal, though, because their reviews used to be published only after the shows were over.

In the mid 1980s, there emerged a group of young critics with backgrounds in theatre study, and they began to shift the focus of criticism away from literature and towards theatricality, and away from interpretation towards performance aesthetics. Critics such as these—KIM Moon-Hwan, KIM Bang-Ock, AHN Chi-Woon and myself—have since led this new practice of theatre reviewing, which I believe is not much different from yours.

Another notable group of theoretical critics has emerged in the critical community since the early 1990s. Armed with cultural theories, they tend to view theatre performances through the lenses of specialties like feminism, post-colonialism, inter-culturalism, new historicism, or multi-disciplinary studies. Their writing style is esoteric and dense. Their reviews are full of professional jargon that does not communicate with either general readers or theatre practitioners, whom they do not seem to mind angering or frustrating. But nowadays you can find this kind of self-centered critic anywhere in the world. Can’t you? 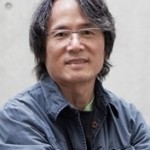 A History of Theatre Commentary in Korea